Tsitsi Dangarembga and writing about pain and loss in Zimbabwe

By Rosemary Chikafa-Chipiro - The Conversation 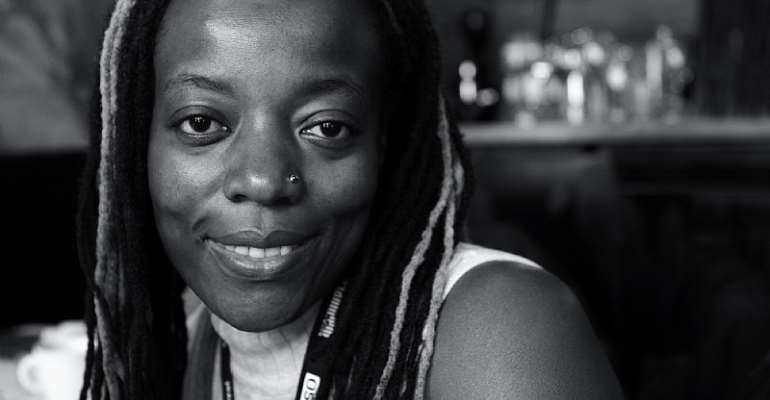 Tsitsi Dangarembga has made a name for herself as a writer, filmmaker and activist in Zimbabwe. She gained international acclaim with her debut novel Nervous Conditions (1988), which became the first published English novel by a black woman from Zimbabwe. The BBC named it one of the top 100 books that have shaped the world.

Now, over three decades later, Dangarembga's latest novel – This Mournable Body , the third in a trilogy that began with Nervous Conditions and the subject of this review – has been placed on the longlist for the 2020 Booker Prize. The news broke a few days before Dangarembga's arrest for demonstrating against the government amidst a clampdown on critical voices in the country.

There have been other Zimbabwean women writers of note after Dangarembga, such as the late Yvonne Vera , and more recently NoViolet Bulawayo , Novuyo Rosa Tshuma and Petina Gappah . Most of their works have won international awards, with NoViolet Bulawayo being the first black African woman and the first Zimbabwean to be shortlisted for the Man Booker Prize for the novel We Need New Names (2013). Reading Zimbabwe/The Women's Press

What distinguishes Dangarembga is her centralisation of burning issues concerning the freedom of women in Zimbabwe's patriarchal socio-economic and political milieu. Besides her three novels, she has written plays, the best known of which is She No Longer Weeps (1987) and has played various roles in Zimbabwean filmmaking including writing and directing such films as the popular Neria and Everyone's Child .

As a trilogy, Nervous Conditions was followed by The Book of Not (2006) and This Mournable Body (2018). Nervous Conditions, with its girl child protagonist, Tambudzai, is an introductory representation of British colonisation of Zimbabwe and how people, particularly women, coped with the intersectional oppressions of the racial, classist and gendered structure of relations. It ends with hope that Tambudzai, in her resilience, will triumph – only for The Book of Not to present her as a “non-person” who goes through some form of psychic self-annihilation that reduces her to an “I was not” as she struggles to cope with the racial exclusions at her white boarding school. The Book of Not thus annihilated Tambudzai for me and I hoped that another sequel would resuscitate her. That is why I was excited to hear that Dangarembga had written another sequel and promised myself I would buy a copy. Ayebia Clarke Publishers

However, a few friends had thrown in spoilers and I also felt very apprehensive. I was torn between wanting to read the book and not wanting to. I love happy endings. If I read a book and it does not end as I expected, it weighs down on me and I take a long time to unwind myself from the story while trying to write my own suitable ending. As fate would have it, a student asked me to supervise their dissertation on Dangarembga's trilogy. The book was literally haunting me, mourning for me to read it, but I held out until I was asked to contribute to a published roundtable on the trilogy.

I borrowed a copy from a colleague and began the painful reading. I was horrified by the Tambu in This Mournable Body. She was unrecognisable from the rural, disciplined girl who subtly fought to get an education like her brother in Nervous Conditions; the girl who daringly uttered, “I was not sorry when my brother died”. I could easily identify with the young girl in the 1960s, when patriarchy preferred to send boys to school and raise girls for marriage. That young girl reminded me of my own mother's tenacity in trying to acquire an education for herself and later for my brothers and sisters in the harsh economic colonial environment of Rhodesia . Jacana Media

I could identify with Tambu's victory on going to the mission school. Unlike her cousin Nyasha, she had a solid African background that would enable her to remain culturally rooted. She would even be more versatile and relevant than her uneducated aunt Lucia. She would not be as docile and submissive as her sister Netsai, who lost a leg in the liberation war in The Book of Not. The ending of Nervous Conditions was thus a happy ending for me, because of this promise of growth.

I now know that I had only driven myself to these conclusions in search of my own happy endings. No African novels I had read before Nervous Conditions had happy endings for “integrated” African characters. White contact had become synonymous with ngozi, a vengeful spirit.

I felt angry at Tsitsi Dangarembga for writing This Mournable Body. It was a very difficult book for me to read. The Tambu of This Mournable Body is like a wounded animal. I was even horrified by the aloofness in the narration and the spectatorship of rape and its trauma, to the indifference to violence and abuse.

I have since realised that I am only angry at the reality of the Zimbabwean body of pain that This Mournable Body evokes. I did not want to read the novel because I did not want to face the individual realities that are so familiar among many men and women in my country. Like with Tambu, pain has been simmering in us over time. Tsitsi Dangarembga's arrest on 31 July 2020 in Harare. Zinyange Auntony/AFP via Getty Images

This Mournable Body blurs the boundaries of time. The Tambu of Nervous Conditions was one I could envision through my mother's past, from a colonial history that I only knew by my connection to her. As I read This Mournable Body, I was aware of the conflation of the immediate post-independent period and the contemporary moment. Lucia's and Christine's war scars have easily defied temporalities. Many a Zimbabwean is hopping on Netsai's single leg. There is no affluence even for the anglicised like Nyasha. I am Tambu.

Read more: How artists have preserved the memory of Zimbabwe's 1980s massacres

This Mournable Body resonates with individual Zimbabweans at a personal level. Both the nation and its people become mournable bodies whose “grievability” is exhumed through the text and especially now when #ZimbabweanLivesMatter is taking shape after the arrest of activists.

Tambu's jealousies, her tears, and her madness are not ngozi. The Zimbabwean pain body courses through the novel like a daughter's shame and a mother's love and memory, packaged in a sack of mealie-meal. Who knows if it is a question of not knowing the womb or one of not knowing how to come back to it? This Mournable Body has a happy ending after all. Tambu comes back home. And as Dangarembga herself states :

Writing a pain body and also reading such a body are acts of resistance and triumph.

Rosemary Chikafa-Chipiro does not work for, consult, own shares in or receive funding from any company or organisation that would benefit from this article, and has disclosed no relevant affiliations beyond their academic appointment.