What Is Your Problem, Manasseh? 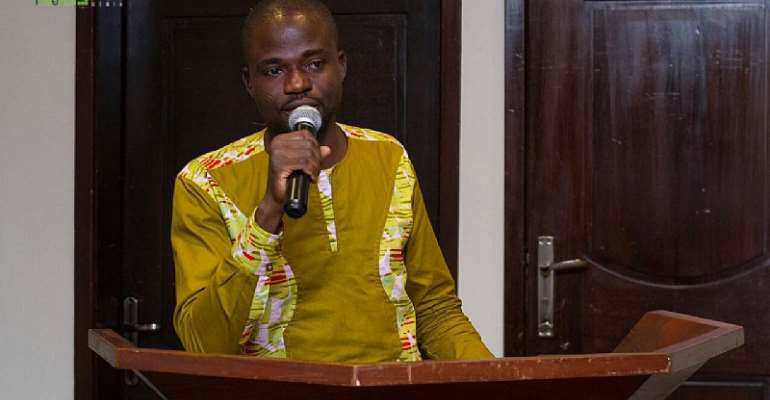 It ought to have remained on his Facebook Wall but, apparently, a serious news-famished Ghanaweb.com – actually, the editors and webmasters of Ghanaweb may be journalistically challenged – decided to make it a banner news headline, for whatever traction or sensationalism they could garner from the same. And, yes, did they get enough busybodies to comment on the same. As usual, most of the comments had absolutely nothing to do with the subject of the post. Pontifically captioned “Manasseh Azure Takes on Akufo-Addo over ‘Jeremiah and Naysayers’” (8/17/20), the Azure Awuni plaint had absolutely nothing worthwhile to say or impart, besides the remarkable fact that it was perhaps the finest artistic piece of reactionary journalism written by the award-winning investigative reporter who opportunely exposed Little Dramani for the pathologically thievish politician that he has always been known to be.

It goes without saying that it was all to be expected that The President would remind his audience that Nana Addo Dankwa Akufo-Addo was fully mindful of the fact that there are always and would always be Ghanaian citizens who would find it impossible to commend him and his team of very dynamic and talented appointees who have been working literally around the clock to make the country the unprecedented cynosure that Ghana has become to the African Continent and the rest of the global community these past three-and-half years. At least since the auspicious and landmark overthrow of the Kwame Nkrumah-led Convention People’s Party (CPP), so-called. A recent survey of the top ten Continental African leaders had the President Akufo-Addo ranked Number One. This is a very far cry from the ranking of Ghanaian public schools at 145th out of some 145 countries around the world by the Paris-based and the United Nations-sponsored Organization for Economic Cooperation and Development (OECD) some seven or eight years ago, when the John Evans Atta-Mills-, late, and the John Dramani Mahama-led regime of the National Democratic Congress (NDC) held the reins of governance.

This marginal part of Nana Akufo-Addo’s 15th National Update on the COVID-19 Pandemic seems to have roiled up the hackles of the latter-day acerbic Akufo-Addo critic, who, by the way, has also served notice that between our two major contenders for the Presidency in our upcoming 2020 general election, only Candidate John “Airbus” Dramani Mahama has the constitutionally inalienable right to indulge in wanton acts of corruption and depraved political criminality, if also because unlike the self-proclaimed “Political Spare-Tire,” Nana Addo Dankwa Akufo-Addo is a Kabonga who has naturally had everything smooth-sailing or squishy and comfortably parceled out for him by his highly privileged and globally renowned family. Consequently, it hardly comes as any surprise that Mr. Manasseh Azure Awuni would quote the following decidedly poignant and biting portion of The President’s 15th COVID-19 Pandemic Update:

“…the professional Jeremiahs and naysayers who seek cynically to make a profitable industry out of spreading falsehoods, fear and panic-stoking divisive ethnic sentiments underestimate the resolve and the determination of Ghanaians to build a united democratic, peaceful and happy Ghana; we will continue to work hard to prove them wrong.” It is quite clear that the best performing Fourth-Republican President has put Mahama media shills like the subject of this column to shame. But, of course, nobody expects these Akufo-Addo gadflies to humbly accept defeat, apologize, dust themselves up and silently sidle out of view. And their apologetic justification for their grossly misplaced rudeness would not work either, as their very irreligious act of self-righteousness has been staunchly predicated on such inexcusable abuse of decorum.

Nobody begrudges the entitlement of these detractors to their naysaying jeremiads, because it scarcely can be gainsaid that the Akufo-Addo-led Administration of the New Patriotic Party (NPP) could have done much better in certain areas of governance, such as the uphill battle against corruption, in particular the abject failure to visit swift and sweet justice upon the pates of the double-salary drawing Mahama cabinet appointees and the morally and legally untenable rot that cropped up at our National Procurement Agency, involving an operative with a criminal record who ought not to have been appointed to the job, to begin with. But, of course, many a visionary and progressively thinking Ghanaian is also fully aware of the fact that we had not gone to the polling booths to elect angels and saints, except the best possible among the fallible humans that Ghanaian society could offer. Which was precisely what we got with the massive election of Nana Addo Dankwa Akufo-Addo and the New Patriotic Party.

Yes, the Jeremiahs and the Naysayers have been resoundingly defeated and put to shame. And we intend to repeat this feat, once again, come Election 2020, with the help of Divine Providence and our outstanding performance track-record. And, of course, it is all well and good with the God of the most vulnerable, deprived, impoverished and unconscionably and wantonly exploited in Ghanaian society.

Takoradi 'azaaa' woman still in custody as she fails to meet...
1 hour ago