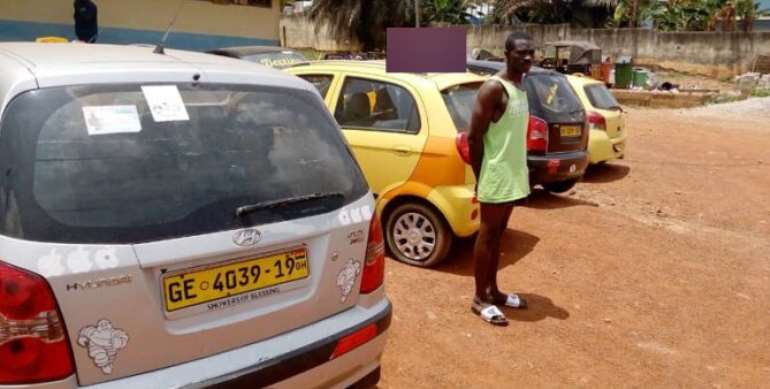 A man suspected to be part of a car-stealing syndicate has been arrested in Kumasi, the Ashanti regional police command has said.

Alex Owusu, 37, was arrested by the Suntreso District police command on Tuesday, August 11, in a clampdown on such criminal activities in the regional capital, Kumasi.

According to the Public relations officer at the Ashanti Regional Police Command, ASP Godwin Ahianyo, investigations reveal that the suspect hires the services of a taxi from neighbouring towns under the pretext of visiting his sick mother in Kumasi.

In the course of the journey, the suspect would often convince victims to have the vehicle washed at a bay while escorting him to buy spare parts for his faulty excavator at Suame Magazine.

The police spokesperson said Owusu was arrested with the help of the police at Kasoa District Command in the Central Region, following intelligence.

The suspect upon interrogation also led the police to retrieve eight vehicles that are currently in the custody of the Suntreso District Command.