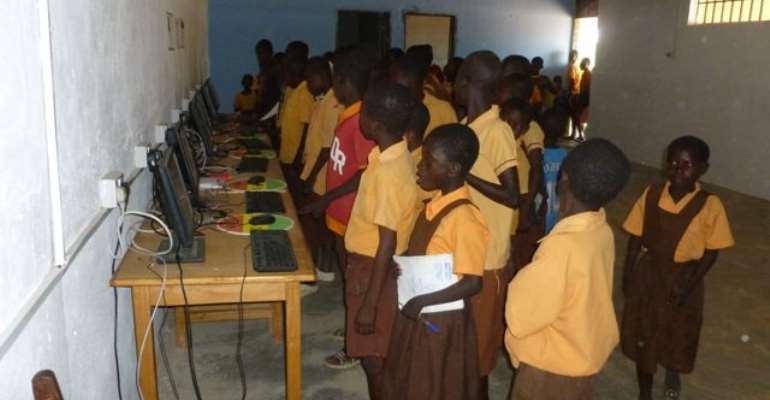 The New Patriotic Party(NPP) government has done just under 15 schools in relation to their 2016 promise to ensure internet connectivity for students of Senior High Schools in the country, according to IMANI-Africa President, Franklin Cudjoe.

Despite this, Cudjoe intimated the provision of free WiFi services for students in the senior high schools and tertiary institutions is doable, if the regulator[NCA] and the ministry of communications should “relax the punitive and unproductive license fees for private participation in optimizing our fibre optic assets”

His comments come in the wake of the recurring spectacle of exam leakages after several papers in the ongoing WASSCE including Economics, English were leaked on social media with answers.

In a Facebook Post, Mr Franklin Cudjoe suggested:” On WAEC…what if it sets different set of questions for schools but with the same level of difficulty?

He added:” Gradually we need to move to same exams style on electronic tablets intra-netted so results are generated instantly. Every pupil will be given the same number of questions but ordered differently to eliminate opportunities for cheating. 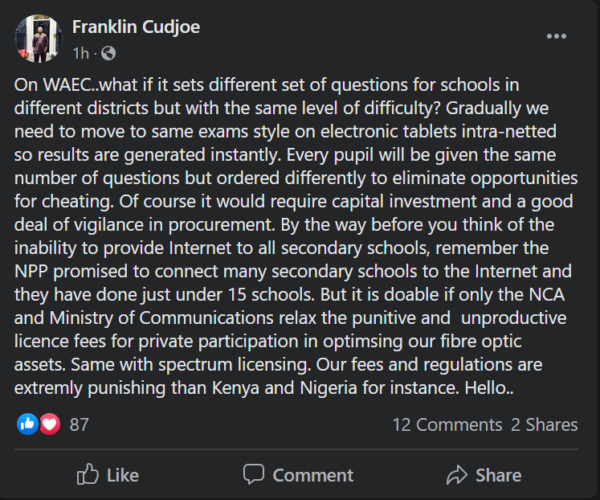 The leak of the examination papers and confidential information on examiners came to light following allegations by the Executive Director of the Africa Education Watch, Kofi Asare.

According to him, a Facebook page for sharing the leaked questions was in operation on the internet.

“We have realised that prior to the Integrated Science paper, there were some leakages. It happened that whatever leaked appeared [in the exam] and students were elated. If you go to Facebook and you type Mr Right, you will see a page called WAEC exams leaked room run by Mr. Right. He has about 6,400 followers and the business is usually done on WhatsApp. I am only mentioning Mr Right because the brand was embossed on some of the questions we saw,” Mr Asare said.