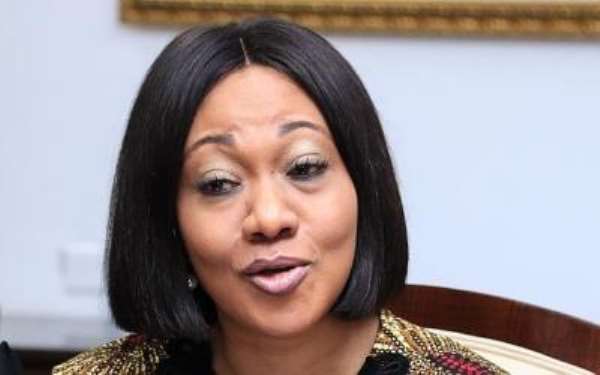 Former High Commissioner to Namibia, Alhaji Abdul-Rahman Haruna Attah, says the current leadership of the Electoral Commission is leading the country towards an uncertain future.

According to Alhaji Attah, the manner in which the EC led by Jean Mensa failed to heed to wise counsel and concerns of several Civil Society Organisations and decided to proceed with the compilation of a new voters register ahead of the 2020 elections raises questions of fairness in the upcoming December elections.

In a yet to be released book titled “Ahwene Pa Nkasa: Standing with JDM” the former publisher of the Accra Daily Mail Newspaper described the process leading up to the removal of the former boss of the commission, Mrs Charlotte Osei, as filled with “hatred” and “bigotry”.

“The pain caused by her unfair politically motivated mistreatment still hurts in large parts of the electorate as the commission she used to hold with such steady hands is now either with closed or open eyes lurching Ghana towards an uncertain future,” Alhaji Attah wrote in his book to be launched on August 28.

He added ” the fear of cheating [in elections] has never been higher in the history of elections in Ghana. Jean Mensa, the replacement for Charlotte Osei and some of her peers at the commission stand accused by their own words and deeds as trying to compromise the 2020 elections.”

The book will be released at the end of August, with NDC running mate Prof Jane Naana Opoku-Ageymang as the Guest of Honor.

The over 300 paged book contains the diplomats privilege of the working relationship he had with President Mahama as a High Commissioner and also as a friend.

The book features bits and pieces of President Rawlings, other past presidents and also President Mahama’s growing up.

Part one consists of Forty-two chapters, whiles part two will have Twenty-five.