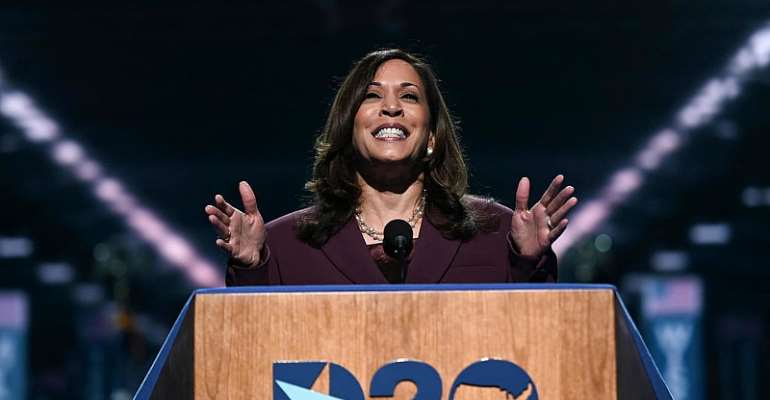 Former California prosecutor Kamala Harris officially became the first woman of African heritage on a major party's White House ticket. Her nomination is expected to be a major boost for Joe Biden's bid to become president of the United States.

“Donald Trump's failure of leadership has cost lives and livelihoods," Harris said in her acceptance speech.

She urged Americans to vote for  Biden who she said would bring the country together.

Harris, 55, embraced her status as the first woman of colour on a major party ticket.

She was born in California to a Jamaican father and Indian mother, both immigrants to the United States.

Harris's speech coincided with the 100th anniversary of the 19th amendment that gave American women the right to vote.

"These women inspired us to pick up the torch, and fight on," Harris said at the Democratic convention.

Obama to the attack
Shortly before Harris spoke, Obama condemned his successor.

He said that Trump had left America's worst impulses unleashed.

Trump responded by telling reporters that Obama had been a terrible president.

Official wrangling to start next week
Biden is due to give his acceptance speech as the Democratic presidential candidate on Thursday, while the Republican arty will officially nominate Trump at its convention next week.

Both conventions are being held virtually this year because of the Covid-19 pandemic.

Biden and Trump will fight elections on 3 November.