Editorial: Covid-19 C’ttee That Never Was 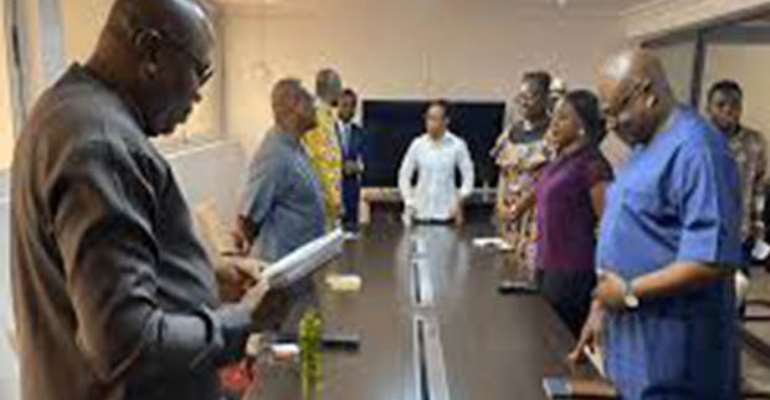 The side attractions of the Covid-19 pandemic are varied and fun-triggering. At a time the government and frontline healthcare professionals were on the drawing board considering response options through science and data, mischievous politicians on the other side of the aisle were busy cooking propaganda.

Insensitivity is the most appropriate word in this context. The mischief-makers worked hard to make the best of Covid-19 in their bid to berate the government's management of the pandemic.

Eventually, the opposition did the unthinkable by unfurling a so-called Covid-19 committee to, as it were, manage the pandemic. Most Ghanaians were stunned at what bore traits of a rival government as they wondered how the committee was going to function without executive authority.

Unable to disentangle the conundrum posed by the NDC move, we could only adopt a 'wait-and-see' strategy. The outcome of the brouhaha of a Covid-19 committee, it turned out, was mere hot air. The committee died as soon as it was inaugurated, stillborn if you like.

Months after the nonsense, we still brood over the opposition party's action sometimes coming close to concluding that the NDC rates Ghanaians low. Otherwise why would the party stoop so low as to think it can manage a pandemic when addressing an epidemic in 2014 eluded it and many more Ghanaians died than they have through Covid-19.

What did the doctors in the committee seek to achieve when they joined the propaganda political creation?

Using such charades to advance one's political career, especially for professionals like doctors, does not inure to the interest of societal civility. The earlier doctors started shunning such jokes the better it would be for them. We recall a doctor who claimed that were the NDC to be at the helm, the Covid-19 would have been wiped out within 21 days. But the NDC COVID-19 did not fly. How about that?

Sometimes desperation takes inexplicable forms such as the one under review. Living in denial of the fact that a former President has long past his prime in politics can be catastrophic as it is being manifested as the new normal campaign heats up.

The former President, who Vice-President Mahamudu Bawumia, described as an old quantity in other words old cargo, has told the people of Ketu in the Volta Region that the President who has rolled out a free SHS for Ghanaian children is embarking on senseless policies. He dared not describe the free SHS policy as senseless although he condemned the President for giving out free items to people. We wish to add including free SHS.

How should we describe a man who is no longer President yet inaugurates a so-called committee to address a pandemic whose management has for now eluded countries in the other hemisphere? A stroppy flagbearer won't be inappropriate.

Today, we can comfortably pose the question: what happened to the NDC Covid-19 committee? We won't attract an answer because there is none, with the project having been mischief-laden and intended to be dust destined for the eyes of Ghanaians.