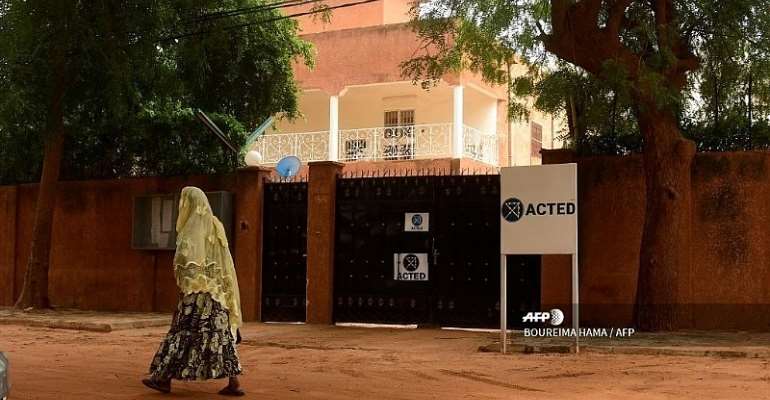 A man has been arrested after eight people, including six French aid workers, were murdered by armed men near the capital Niamey, said Niger's interior minister Alkache Alhada.

The aid workers, two men and four women from a French NGO called ACTED, were killed on 9 August with their Nigerien guide and driver while visiting the Koure National Park, a giraffe haven and tourist hotspot outside the capital where they were based.

"At the moment, a suspect is in the hands of Niger's central counter-terrorism service and investigations are continuing," Alhada told the French news agency AFP late Tuesday.

"We are in the process of evaluating some of the material which he has and which he was able to use," the minister said.

"We currently have serious leads, leads that can take us to the perpetrators of these acts. We have certain information that gives us indications on probable actors in these horrible crimes," he said.

Claim
No one has claimed responsibility for the attack, which was carried out by gunmen on motorcycles.

Suspicion has fallen on the Islamic State in the Great Sahara (ISGS), active in the shared border region of Mali, Niger and Burkina Faso, where it is being pursued by France's Barkhane force fighting jihadists in the Sahel.

A source close to an investigation by French anti-terror prosecutors told AFP that it appeared the attack had been planned and targeted at mainly westerners.

France has classified all of Niger - except the capital - as red under its colour-coded security advice. The decision has left many Nigeriens furious with the former colonial ruler.

"The Nigerien public have found this measure unfair and they have expressed this at various levels," Alhada said.

"I say that this is a decision of a sovereign state that wants to protect its citizens and therefore it is legitimate," he said, though he hoped that "this measure will be lifted as soon as possible".

Takoradi 'azaaa' woman still in custody as she fails to meet...
43 minutes ago