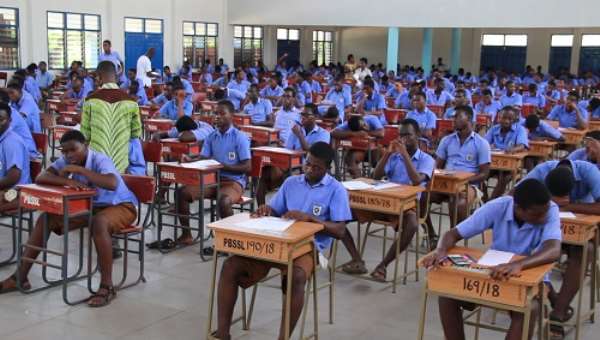 The National Union of Ghana Students (NUGS) is kicking against calls by the Minority in Parliament to cancel the West African Senior School Certificate Examination (WASSCE) papers that leaked to students.

“It is a lazy approach to solving a problem,” the NUGS President, Isaac Jay Hyde, said to Citi News.

The union feels an undue burden will be shifted onto students.

“It will not be fair on our part that while we have committed our time and resources to study for our exams, we will have to pay the price for the failures of an independent body like WAEC,” he argued.

This sentiment comes after the Minority in Parliament began a push for the cancellation of the leaked papers.

The Minority fears the examination process has lost its integrity.

Like the National Association of Graduate Teachers, the Minority also called for an independent investigation into the leaks.

Though the West African Examinations Council (WAEC) has started its own probe and reported to police, critics feel the Council is compromised.

The council has also been faced with the leaks of confidential examiner details.

NUGS in a further statement also warned that it was “suicidal for the nation that many students are ending their secondary academic lives and potentially qualifying to be enrolled in tertiary institutions with the help of leaked question papers.”

It said it was imperative that the leaks that have plagued WAEC’s examination process are plugged.

“The National Union of Ghana Students strongly holds that the failure of authorities to end this cycle of paper leakages further perpetuates the already stark inequities and inequalities in our educational system, as students who can afford to obtain these leaked papers already have a superior advantage over those deprived ones who cannot.”