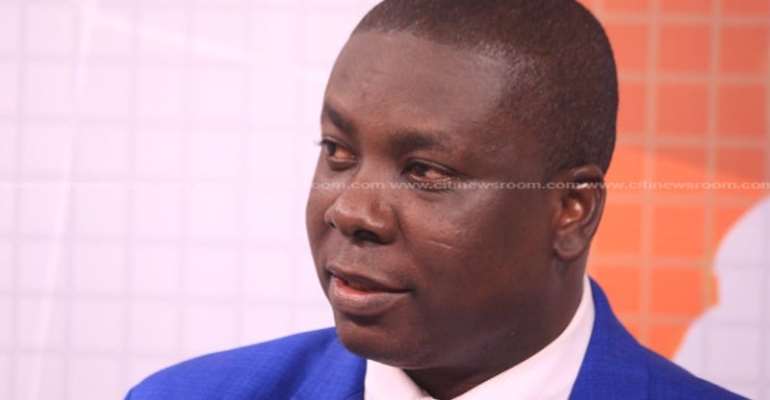 A spokesperson for the Vice President, Dr Gideon Boako says claims by the opposition National Democratic Congress (NDC) that it performed better than the Akufo-Addo government must be backed by concrete evidence.

According to him, the opposition, besides verbally challenging the government's records has not been able to provide any proof of their claims.

Speaking on The Point of View, Mr. Boako said unlike the government which has built a website to showcase the projects it has undertaken, there’s no means to verify projects NDC claimed it constructed while in office.

“For whatever we say as having been done as a government, there should be some level of commitment to ensure that people can verify. It is so easy to sit on this platform and bundle around figures and claim I have done this and that…The channel for verification of the things our colleagues in the NDC talk about is completely lacking. Nobody has access to see and so it makes it a bit difficult when you want to do proper cogent academic exercise on matters of this nature,” he said.

He said the NDC's claims amidst the lack of data and evidence is akin to “throwing dust into the eyes of the people.”

Gideon Boako further said it was justifiable the government's claim that it has outperformed all governments in Ghana since independence in terms of performance in their first term in office.

He said the NPP government's claim is based on its own assessment of the work that it has done and the government welcomes anyone who believes there is evidence of any other government that may have exceeded their record.

“[We make the claim] based on the evidence and the facts that we have. We have put out what we think represents the superior records of any government in the first term. If there is any previous government or anybody that feels that what we are saying is not true and in comparative terms stands a better position to produce results that appears more convincing and robust than the argument we are making, we welcome it and we want that to be shown so that the Ghanaian people can also see,” he said.

The Vice President, Dr. Bawumia on Tuesday [August 18, 2020] announced that the government had undertaken 17,356 projects with 8,746 completed and the rest at different levels of completion.

He said based on that, the NPP government could be said to be the first government to achieve that much within its first term in office.

But members of the opposition NDC have challenged that assertion , indicating amongst other things that most of the projects the NPP government claims it has completed were initiated by the John Mahama government.