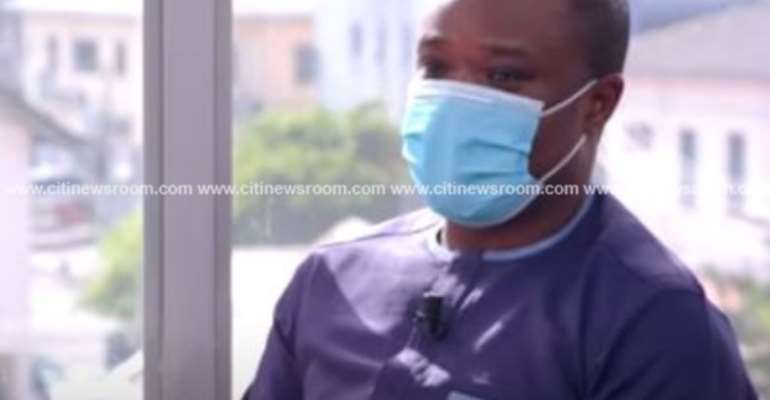 Vice President, Dr. Mahamadu Bawumia 's claim that the $270 million cost of the Circle interchange was bloated in comparison to other interchanges in the country smacks of dishonesty as he failed to recognize in his analysis, the variety of the type of materials, ancillary projects, and other relevant factors.

This is the view of former Deputy Communications Minister and stalwart of the opposition National Democratic Congress (NDC), Felix Ofosu Kwakye.

According to him, it was disappointing to see the Vice President engage in “pedestrian” arguments during the government's recent town hall and results fair in Accra.

He said while Dr. Bawumia was attempting to accuse the NDC of inflating the contract sum for the construction of the Kwame Nkrumah Circle interchange by comparing the cost of that project to the sum of four other interchanges under construction, he failed to take into cognizance the fact that the scope of each project was different and therefore could not be fairly assessed without considering all the variations.

“He [Bawumia] is an intellectual…because of that he is not allowed to be pedestrian in his analysis… All that he did is to suggest that all interchanges must cost the same irrespective of their scope or size.”

“What you expect an intellectual to do is first to look at the scope of work of the projects; if they are the same and the prices vary widely then there is a basis to say there is no value for money,” Ofosu Kwakye said on The Point of View on Citi TV.

He added that the Circle Interchange project came with other ancillary works such as the construction of a bridge over the Odaw River, construction of two bus terminals, a police post, the Kwame Nkrumah fountain among others, while the other projects Dr. Bawumia attempted to use for his comparison did not have as much construction components that would make for a better comparative analysis.

“To do the Kwame Nkrumah Interchange, they had to sink 40,000 meters of piles. In addition to this, two bus terminals were constructed at Odawna and Neoplan station, all part of the project. The Kwame Nkrumah water park, there is a police station, there is a fire station that has an ambulance and there are [adjoining] roads ….The construction type of this project is what they call composite steel that forms the base of the asphalt. Again, the technology used was such that it fastened the process so that the traffic congestion while the construction is going on does not become too much,” he said.

“The Obetsebi Lamptey interchange has just two bridges, and they all add up to 1,120 meters. They won't use piles. The Tamale interchange is all concrete, there is no metal, it doesn't use composite steel. Its total length is 840 meters [and] the Pokuase interchange has no ancillary projects like the Kwame Nkrumah interchange,” he added.

Ofosu Kwakye said the situation was a demonstration of the government's dishonesty in assessing the work done by the erstwhile John Mahama administration.

He further told host Bernard Avle that the NDC has a superior record when it comes to infrastructural development in the country contrary to claims by Dr. Bawumia that the NPP government in the last three and half years has outperformed all governments since independence based on the number of infrastructural projects imitative within its first term.

Meanwhile, spokesperson for Dr. Bawumia, Gideon Boako says the NDC does not have evidence to prove its supposed projects undertaken when it was in office.

He said unlike the NPP government which has enumerated all the projects on a website for easy tracking and verifying, there are no pointers to the works the NDC claims it has done.

Ghana gets 1.5m AstraZeneca vaccine doses from Germany
55 minutes ago