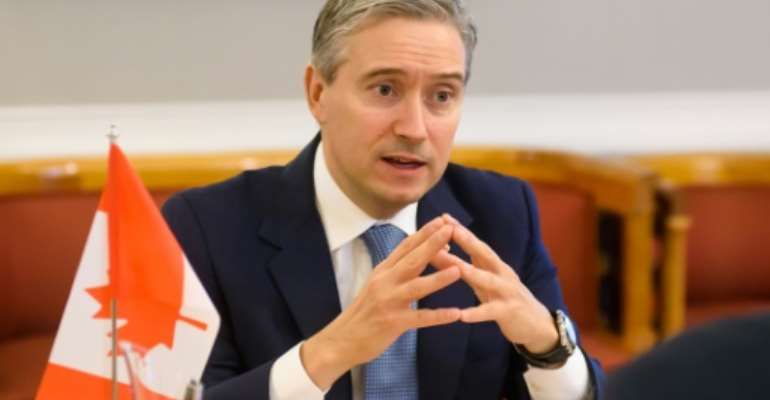 Canada on Wednesday "strongly" condemned a coup in Mali that deposed the conflict-hit west African country's president, and called for respect for Mali's "constitutional order."

Keita was overthrown Tuesday by rebel military officers and detained alongside members of his government including Prime Minister Boubou Cisse.

He said he had been given no choice but to quit, and sought to avoid bloodshed.

The coup was widely condemned by the international community.

"We call on the Malian security forces and those responsible for these acts to promptly follow Mali's constitutional order and respect the human rights of all Malians," Champagne said in the statement.

He added that Canada would work with regional players and the UN to ensure the implementation of the Algiers Accord, a peace deal signed in 2015 between Bamako and armed groups from northern Mali.

Canada's military peacekeeping mission -- a contingent of around 250 soldiers and eight helicopters deployed in Mali since July 2018 as part of the UN's MINUSMA mission -- ended in August last year.