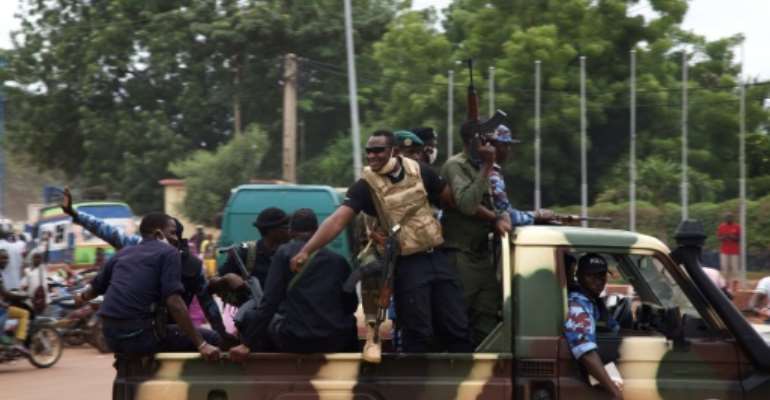 Some military personnel were still celebrating the coup in Mali a day later. By ANNIE RISEMBERG (AFP)

The United Nations Security Council on Wednesday urged mutineers in Mali to immediately release detained officials, including the country's president, and "return to their barracks without delay."

The 15 members also "underlined the urgent need to restore rule of law and to move towards the return to constitutional order," according to a Council statement.

The statement was released ahead of a behind-closed doors Security Council meeting requested by France and Niger following Tuesday's dramatic coup in the fragile West African country.

Rebel officers mutinied at a base near Bamako and proceeded into the capital, where they detained President Ibrahim Boubacar, Prime Minister Boubou Cisse and other government leaders.

The Security Council expressed "deep concern" over the putsch and "called on all Malian stakeholders to show restraint and give priority to dialogue to resolve the crisis in their country."

They also "urged those mutineers to release safely and immediately all the officials detained and to return to their barracks without delay," according to the statement.

The Security Council expressed its support for statements Tuesday by ECOWAS, in which the West Africa bloc condemned the military coup and vowed to impose financial sanctions.

It also backed a statement by African Union chairman Moussa Faki Mahamat urging the mutineers to "cease all use of violence."