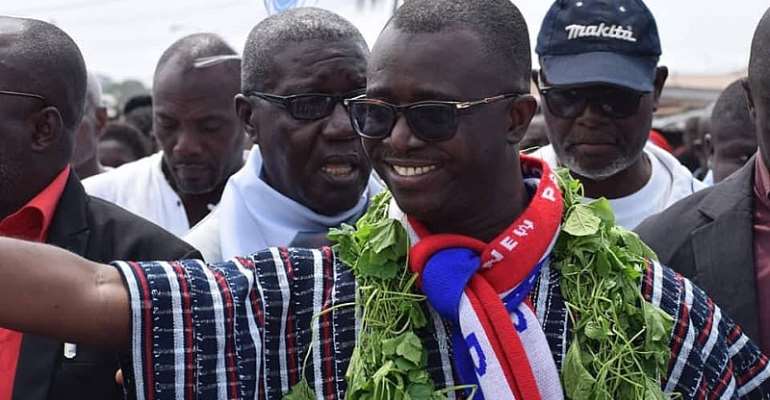 The ruling New Patriotic Party’s (NPP) Parliamentary Candidate for the Klottey Korle Constituency, Prince Appiah Debrah says the political clout of the incumbent, Dr. Zanetor Agyeman-Rawlings will not stop him from defeating her in December 7 polls.

He contends that his deep understanding of the local political dynamics of the constituency and the alternative policies he offers will ensure his victory in the elections.

In an interview with Citi News, Prince Appiah Debrah was upbeat about his chances in the upcoming elections.

“The NPP typically will win in seven of the electoral areas and lose in two and the two is what makes all the difference and that is where I come from. We play soccer, we swim in the Klottey lagoon and swim at the beach at Alata. So, we have friends all over, we have classmates and people we grew up with down there at the local level. And you know, politics is local and we have recognition at the local level and so we have no fear for a [Zanetor] Rawlings who is clueless about the constituency.”

Meanwhile, Dr. Zanetor Agyeman-Rawlings says she is not worried about the competition from the New Patriotic Party's Prince Apia Debrah, in the upcoming December 7 polls.

Though she acknowledges that there will be competition, she is positive about emerging victorious.

“It's a democracy, so the people get to decide who represents them. It will be tough but I'm sure it will go my way,” she said.

Asked about the experience of her competitor, she mentioned that governance deals largely with the track record of leaders in the community and she believes she has done a lot for the constituency to be retained.

“[Prince Apia Debrah] hasn't been active in the constituency so I'm not worried about his competition,” she remarked.

Speaking on development issues, the MP shed some light on issues concerning her constituency.

According to her, since attaining power, there have been some strides in her constituency to better the lot of the people.

She, however, concedes there are some difficulties, notably among them being unemployment and flooding.

But she mentioned that there are arrangements that have been put in place to curb some of the problems confronting the constituency.

On youth unemployment, she said the lack of necessary skills and other factors are key contributors to the problem.

“The issue of unemployment isn't only in my constituency but we have taken some strides to curb the situation. Some members of the youth have gone through skills training and subsequently been attached to institutions where they are contributing to the growth and development there.”