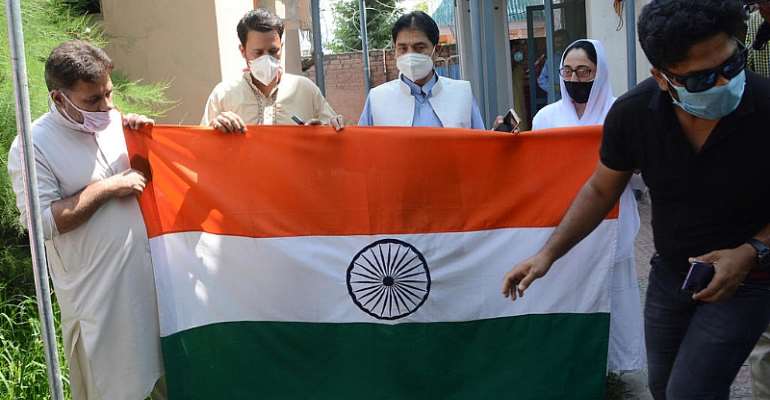 A spate of attacks on members of the ruling Hindu Bhartiya Janata party (BJP) in Indian-administered Kashmir has sparked fear among the party's workers.

A gun battle that began in north Kashmir on Monday afternoon ended almost 18 hours later with the killing of the three armed militants involved in the murder of a BJP leader and his two family members last month, police said on Wednesday.

“Sajjad alias Haider was the conspirator and foreign terrorist Usman executed the killings of BJP leader Waseem Bari, his father and brother. The encounter with these two terrorists is a big achievement for police and security forces," said Vijay Kumar, Kashmir's Inspector General of Police.

During the past month, five BJP workers have been killed by militants in Kashmir. The situation had caused fear among party workers, many of whom have submitted their resignations.

Najar's killing happened just days after Sajad Ahmad Khanday, a village headman and a member of the BJP, was shot dead in south Kashmir's Kulgam district.

Each murder has been followed by a spate of resignations from the BJP in Kashmir where it is trying to create political space in India's only Muslim majority state.

The fear among BJP leaders in Kashmir is palpable and the resignations in the form of open letters have been sent out on social media for everyone to see.

Spike in tensions following first anniversary of loss of autonomy

According to senior police officials, the targeted attacks were aimed around the first anniversary of the scrapping of Jammu and Kashmir's special status and its autonomy revoked.

The scare prompted many village headmen and workers owing allegiance to the BJP to be taken to hotels and government buildings provided round-the-clock security by paramilitary troops.

“These militants are killing our workers because they feel the party is cementing its base in Jammu and Kashmir,” said BJP spokesperson Altaf Thakur. “It shows that the militants are frustrated.”

For now, the government is trying to safeguard the lives of its workers by putting them in district headquarters and earmark safe zones for them in the Kashmir Valley.

Officials say around 500 party workers have been in secured hotels and government accommodation.

It has been more than a year since Narendra Modi's government stripped Indian-administered Kashmir of its special status and split the former state, wracked by armed insurgency for more than 30 years, into two union territories amid the severest lockdown the region has seen.

The refrain among nearly 7 million Kashmiris in the aftermath of the decision is that the move is aimed at introducing demographic changes to the predominantly Muslim Kashmir Valley.