She 'gave them hell and they lost their marbles': Beatrice Mtetwa's long fight for justice 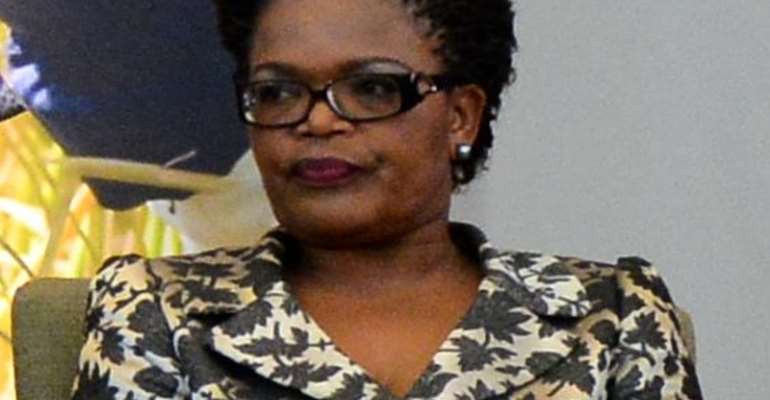 She has been assaulted, arrested and detained in the course of her career, and now Beatrice Mtetwa, one of Zimbabwe's most famous human rights lawyers, faces the threat of being struck off the professional register.

Remember that iconic photograph of a lawyer, dressed in green prison garb, climbing into the back of a police truck and turning to wave undaunted to supporters in Harare in 2013? That was Mtetwa.

“The system is afraid of her. She is steadfast, determined & resolute. Don't omit her when names of  heroes of this generation are called,” Zimbabwean activist Victor Chimhutu said in a tweet earlier this week.

For more than two decades Mtetwa has taken on high-profile cases in the defence of human rights and press freedom in the southern African country.

Mtetwa was born in Swaziland (now Eswatini) and moved to Zimbabwe to practice law in 1983. Her name has frequently appeared in international news copy, due to the cases and clients she's taken on.

These include human rights activist Jestina Mukoko, director of the Zimbabwe Peace Project, who was abducted, held incommunicado and tortured by security agents in 2008, when the late Robert Mugabe was still president.

Glare of cameras
Mtetwa helped to successfully defend Mukoko when she was finally brought to court on terrorism charges, which were also levelled against a number of opposition activists. at the time.

Long before Hopewell Chinono, who she has been defending in court this month, she had a history of defending journalists, including Andrew Meldrum, who worked for Britain's Guardian newspaper. Mtetwa got Meldrum acquitted of “publishing a falsehood” in 2003. The state went on to deport him.

Having contacts in the press has sometimes come in useful for Mtetwa.

She told the Committee to Protect Journalists in a 2005 interview that getting as many reporters as possible to accompany her on potentially dangerous assignments helped.

“In the glare of cameras I find that people don't want to do what they would want to do," she said. "So in a lot of ways I think I've been lucky, and I haven't received as much harassment as one would have expected, or as much as other human rights defenders have had."

It hasn't always worked. Mtetwa, who has won numerous awards, including the 2014 International Women of Courage Award and the 2005 International Press Freedom Award, was assaulted in police custody in 2003 and beaten by riot police armed with truncheons during a protest march in 2007.

'Another level of madness'
She was also arrested while defending a client in 2013 ahead of presidential polls and held in police custody for more than a week.

This week she was accused of undermining the justice system.

Magistrate Ngoni Nduna on Tuesday barred her from representing detained journalist and anti-corruption activist Hopewell Chin'ono, and urged state prosecutors to get her practising certificate cancelled.

In a tweet following the ruling, the EU delegation in Harare said: “We urge the authorities to respect the right of accused persons to bail & representation by a lawyer of their choice.”

Evan Mawarire, the founder of the #ThisFlag movement, who was defended by Mtetwa after he was charged with treason over last year's anti-government protests, said the court's decision to bar Mtetwa from Chin'ono's case was "another level of madness."

He tweeted: "Beatrice the one woman super power gave them hell and they lost their marbles."