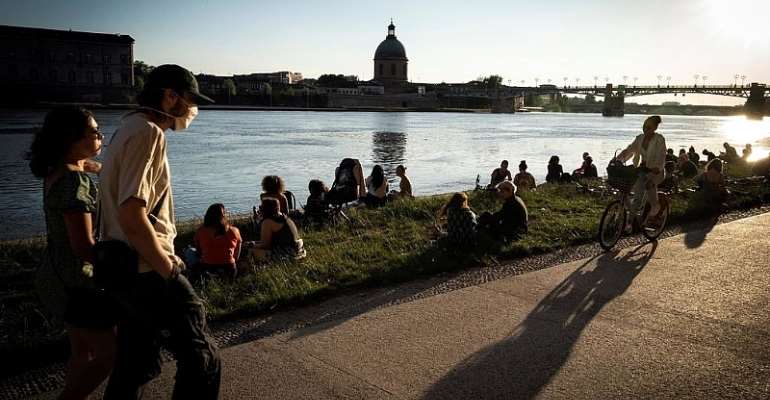 Wearing a face mask will be compulsory in all parts of Toulouse from Friday amid a rise in coronavirus infections, local authorities have said. The city in south-western France is the first to impose a citywide rule making the wearing of masks everywhere compulsory for everyone.

As of Friday 21 August, anyone aged 11 and above in Toulouse, will be required to wear a mask outside between the hours of 7:00 and 3:00 am local time, for the next month.

"I have decided (...) to expand the mandatory mask order to the whole of Toulouse," the city's prefect Etienne Guyot said on Wednesday, after more than 500 new coronavirus cases were reported last week.

The city of nearly 500,000 inhabitants, and the fourth largest in France, had already made masks compulsory in certain areas, including on the banks of the river Garonne, where hundreds of people often gather during summer evenings.

The new measures go even further and target anyone outside, including those on bikes and scooters.

On high alert
"The move is understandable given the situation in Toulouse," explained Guyot. "It is simple and clear: I go out, I put on a mask. I come home, I take off my mask."

Officials fear there will be a mass movement of people as the summer break draws to a close, which could lead to a spike in infections.

Toulouse, the capital of the Occitanie region, is on high alert, and has been classified as an active zone, meaning the coronavirus continues to circulate.

"The alert threshold has gone from 50 to 64.2 for 100,000 inhabitants in the past week," regional health director Pierre Ricordeau said.

"In the past week, we have recorded 525 positive cases in the department compared to 410 cases the previous week," he added.

Cities cover up
Toulouse joins other French towns and cities, such as Paris, Marseille and Lyon, in imposing mask rules. However, its neighbours have only made masks obligatory in certain areas - often busy streets, near tourist hotspots and at outdoor food markets, as opposed to Toulouse where masks must now be worn everywhere.

New infections across France have been increasing in recent weeks and the numbers of people admitted to hospital and to intensive care have been rising as well.

On Tuesday, Elisabeth Borne, the labour minister, announced masks would be required in all shared, indoor workspaces from 1 September, including in meeting rooms, corridors, change rooms and open-plan offices.

France has suffered 30,400 deaths from the virus, one of the world's worst tolls and experienced an economically devastating lockdown from mid-March to mid-May.