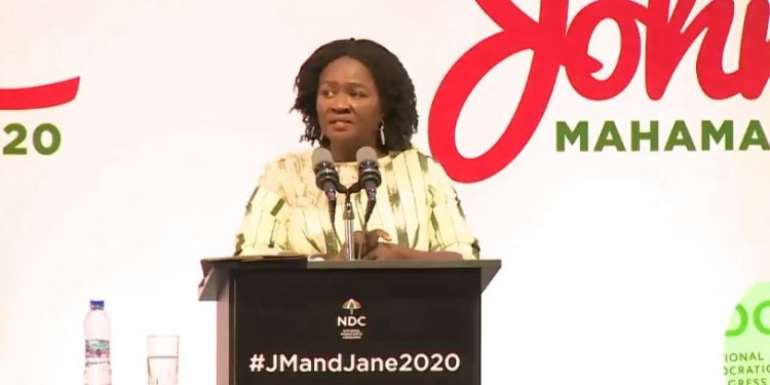 As usual, it was very poorly written and posted on the website of Ghanaweb.com. The obvious aim of this salacious post was to drag the globally respected image and reputation of President Addo Dankwa Akufo-Addo to the guttersnipe’s level of Candidate John “Airbus” Dramani Mahama. But even as one Facebook blogger wisely put it, such muck is only bound to push the desperate 2020 Mahama Presidential Campaign even further down the tubes or the bottom of the trough of political swill (See “Outrage on Social Media Over Sammy Gyamfi’s ‘Papa no’ Reactions” (Ghanaweb.com 8/15/20).

The irredeemably rustic and morally and culturally benighted and uncouth National Communications Officer of the National Democratic Congress (NDC), so-called, has the chutzpah to tell Ghanaians that President Addo Dankwa Akufo-Addo has slept with at least 50-percent of all his female appointees. Well, that should tell any decent and morally responsible adult Ghanaian citizen what the leaders of the John “Airbus” Dramani Mahama-led National Democratic Congress think about the caliber of our generously talented and hardworking women in government in the country. For Mr. Gyamfi and the rest of the NDC’s hoodlum pack, Ghanaian women lack good morals and would use their sexuality, on the least opportunity, as a bargaining chip to secure political appointments and senior civil service jobs than use their God-given brains, skills and talents to secure the same.

If the preceding is how Mr. Gyamfi and his NDC associates think about our womenfolk, then it would be interesting to learn from the paid political mudslinger whether the Presidential Running-Mate of his party, to wit, Prof. Naana Jane Opoku-Agyemang, also royally slept her way to her present job. And if she didn’t sleep with Little Dramani for her present plum and well-paid post, as Mr. Gyamfi suggests that at least half of all Ghanaian women with decent and prominent political and civil service appointments in the country have slept their way into the same, then it stands to reason to suppose that the other half of these appointees who did not sleep with the President-of-the-Day in order to secure their positions, probably slept with any one of the President’s other considerably powerful and influential male associates for their jobs.

You see, the available records regarding the personal dealings of our five, so far, Fourth-Republican Presidents clearly and indisputably point to “Papa no” or Government Official Number One as having slept with nearly every self-proclaimed “Slay Queen” on Social Media or the YouTube Circuit in recent months and years. The WhatsApp clips are readily available for all who care to access the same. And just where would the women in Mr. Gyamfi’s own family fall? Between Little Dramani and the Mosquito or both? You see, Dear Reader, you only have to listen to the misogynistic words of the NDC’s National Communications Officer to reach the unmistakable conclusion that the National Democratic Congress is not the party for any decent, responsible and self-respecting Ghanaian woman.

You can also critically look at and examine the Cash-and-Carry mindset of the leadership of the National Democratic Congress – from the thorough and effective bankrupting of the National Health Insurance Scheme (NHIS), the cancellation of all Professional-Trainees’ Allowances, in particular Nurse- and Teacher-Trainee Allowances, the savage threat by Little Dramani to abolish the landmark and auspicious Akufo-Addo-implemented fee-free Senior High School System. The list goes on and on and on and on ad nauseam. The fact of the matter is that you cannot simply respond to widespread and forensically verifiable accusations of a concupiscent or sexually incontinent Candidate John Dramani Mahama by vacuously and scandalously fabricating unproven acts of sexual promiscuity on the part of Nana Akufo-Addo. Of course, we all know that Uncle Kwaku Addo is no saint or angel.

In any case, even if it were true that President Akufo-Addo has slept with at least 50-percent of all his female appointees, that would only be tantamount to a surefire act of unprecedented exhibition of genius, going by the sterling and unrivaled political performance record of these women of political substance and the former Attorney-General and Minister of Justice. It also means that a clinically noetic Little Dramani has been sleeping with all the wrong women, clinical bimbos, to be certain, while Nana Addo Dankwa Akufo-Addo, on the other hand, has essentially been sleeping with all the fetching and inimitably talented Ghanaian women that any visionary and progressive male leader could hope for and Ghanaians could be redeemably proud of. (My profound apologies to First Lady Rebecca Akufo-Addo, of course). In short, Nana Akufo-Addo unquestionably has what Americans call “Class,” whereas John “Airbus” Mahama literally behaves like a slumlord pimp where human sexuality is concerned.

The author has 5456 publications published on Modern Ghana.