The foreign aid game is changing: these are the opportunities for Africa 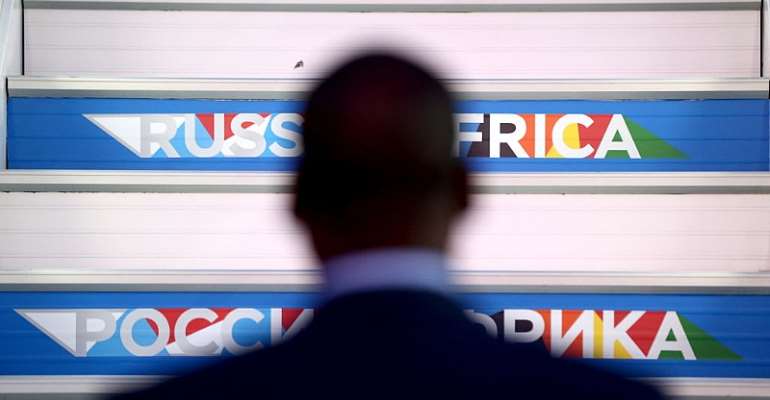 There are growing signs that the aid relationship between the Global South and the Global North is changing fast. Many traditional Western donors are reevaluating the role of aid while keeping a close eye on their own national interests. These changes may not be all bad.

Since the turn of the century aid policies have become both complex and fragmented. Four major international development policies and goalsetting projects were launched in 2015 alone. These are the Paris Agreement , the Addis Ababa Action Agenda on Financing for Development , the Sendai Framework for Disaster Risk Reduction and the 2030 Agenda for Sustainable Development .

As the world's most developed countries craft a new narrative that more strongly links aid to climate change and humanitarian crises, African countries can tip the balance in their favour. This can provide an opportunity to shape the future of North-South relations.

There has been less talk of the rich-poor dichotomy since the introduction of the ambitious Sustainable Development Goals (SDGs) in 2015. Indeed, the development goals have strengthened the narrative that the responsibility for achieving sustainable development applies to all countries. Although each country may face distinct challenges, the inter-connectedness of global progress means that we are all in the same boat.

Many African countries have engaged in South-South cooperation with major powers like China and India. In building large infrastructure projects, China highlights its impressive achievements in lifting over half a billion people out of poverty.

India showcases the successes of its green revolution and advances in information and communications technology and affordable healthcare . Both countries also flaunt their ability to develop affordable, available, and adaptable technology and their established track record of solving developmental challenges.

With the growing global economic power and influence of China, India and other middle-income countries, development diplomacy is being reconstituted.

The UK has often in the past shown a soft spot for its former colonies and been hailed as a generous and innovative global leader. But it is now also openly touting the national interest . The UK-Africa Summit held in January 2020 was an attempt to advance new initiatives and commercial partnerships with the continent.

And there is considerable uncertainty on the extent to which Nordic generosity of tying aid with “soft power” is compatible with maintaining a well-funded welfare state and achieving policy coherence on sustainable development. The climate crisis has made it abundantly clear that the oil producing and generous aid providers like Norway cannot “lead” the global development agenda without undertaking bold initiatives at home.

It is not just the West but also other actors that are showing interest in Africa. Russia has launched a major strategy to open “a new page” and make the whole continent a foreign policy priority.

Africa is thus attracting renewed global interest and rivalry among world powers. Some even warn of a “ new scramble for Africa ” involving major and emerging powers who are all vying for the continent's attention. Although aid flows may decrease over time, there is now more interest in boosting trade and investments. The key question for us is how African countries can use this growing interest to their advantage.

The first relates to fears of rising debt. International scholars and organisations have argued that a renewed commitment to debt relief should be a top priority for the international community.

Concessional loans and foreign expertise have been used to build expensive infrastructure projects that African countries cannot afford. Recent political debates in Zambia and Nigeria illustrate the growing concern over repaying debts to China. There are also concerns over the environmental and financial costs of Russian activities on the continent.

The willingess of Western powers to provide debt relief is also under question.

The second relates to the increasingly tense US-China relations. Paired with this is the lack of commitment to democratic principles in some of the countries that are seeking closer ties with Africa. The Global North believes that the activities of China, Russia and others will weaken efforts to promote and strengthen good governance and liberal values.

An illustrative example is the feud between Russia and China on the one hand and the African group of 3 within the UN Security Council. While the three – Côte d'Ivoire, Equatorial Guinea and South Africa – sought a strong council backing for civilian rule following President Omar al-Bashir's ouster in April 2019 the two permanent members demurred.

Kenya has shown that it can take a tough stance against both the US and China. It recently rebuffed US efforts to boycott Huawei and highlighted the poor quality of medical equipment it had imported from China .

A third area of concern is greater uncertainty on the benefits of continued globalisation. The political turmoil in the US and parts of Europe has strengthened the voice of those arguing for the primacy of the national interest in political decision making. One evident result has been the Trump administration's reduced support for multilateral organisations. Another is the 20% cut in the UK's aid budget .

The wave of refugees into Europe in 2015 also contributed to an inward-looking mentality in many countries. The result was a reallocation of aid budgets to cover in-donor costs of housing refugees. There was also more explicit alignment of aid with national interests such as commercial and security concerns .

How African leaders address these three overarching sets of concerns will greatly determine the future availability of development finance on the continent.

A more explicit emphasis on the national interest may encourage donor countries to play “the long game” in Africa. Ambitious foreign policy priorities and innovative development programmes may even achieve cross-political support from taxpayers in parts of Europe where aid policy is contentious. But increased emphasis on the national interest also exposes the seemingly altruistic “donor-recipient” relationship.

Courting closer ties with Africa will not simply be about bringing gifts, but also expecting reciprocity in some form. But Western critiques of Beijing's Belt and Road Initiative will ring hollow in the absence of viable and state-led alternatives from the West .

Historically, many African states have had to accept the policy conditionality of donor alliances. There is now a unique opportunity to demand what Africa needs. This is the moment to play external actors off against each other. The continent's major economies must also take steps to enable smaller countries to be more assertive.

With a diverse field of competing world powers involved, and in asserting its own development vision, African unity and coordination is of utmost importance.

Dan Banik receives funding from the Research Council of Norway and the Norwegian Agency for Development Cooperation (Norad).

Nikolai Hegertun worked on a project that received funding from The Bill and Melinda Gates Foundation in the period 2014 to 2017.

By Dan Banik, Professor of political science, Director of the Oslo SDG Initiative, Host of "In Pursuit of Development" podcast, University of Oslo And

Latest Photo Reports
Catch up with all the political quotes from our politicians.
Advertise here
More Article
ModernGhana Links
The Status Quo In Asia: Pospects For Pan-Asian Integration
The Psychosocial Impact Of The Recent Murder Cases In Ghana
High Unemployment Rate: A Major Driver Of Insecurity In Ghana
The role of extractives in Africa’s inclusive green and resilient recovery
Oyo jailbreak has to be the last.
Hushpuppi Saga: A Wake-Up Call For Public Awareness About Business Email Compromise Scams
Sketchy Treaty Uncertain For Its Implementation Had Averted Thebloody And Fatal Scuffle In Somalia
A poor Liberian found US$50,000 and returned it to the owner
Ursula Owusu Ekuful is the Yaa Asantewaa of Digitalisation
TOP STORIES