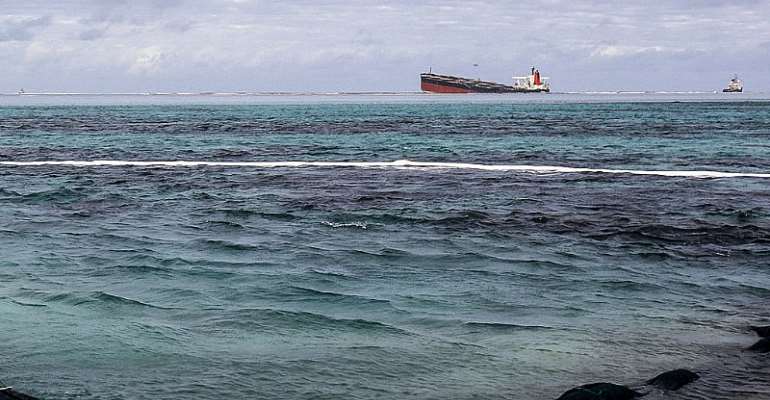 This is not the first time a ship has run aground in Mauritius, the island nation 2,000 kilometres off the south-east coast of Africa. But how and why did it happen again? Could the government have done more to prevent the spillage that is wreaking havoc on the coastal systems? What will the impact be for the biodiversity? What will it take to clean up this mess and avoid situations like these in the future?

In today's episode of Pasha, Adam Moolna, a lecturer in environment and sustainability at Keele University, answers these and other questions on the Mauritian oil spill disaster.

Read more: Mauritius is reeling from a spreading oil spill – and people are angry with how the government has handled it

Photo: “A picture taken on August 15, 2020 shows the partially submerged Japanese owned Panama-flagged bulk carrier MV Wakashio as the mid section of the vessel broke in two near Blue Bay Marine Park off the coast of south-east Mauritius. Rough seas have since hampered efforts to stop fuel leaking from the bulk carrier and staining pristine waters in an ecologically protected marine area. By Getty Images

“Sad_Drama_Romantic_Stinger” by SoundFlakes, found on Freesound licensed under Attribution license .

'Get rich quick' attitude among the youth eroding moral fabr...
37 minutes ago