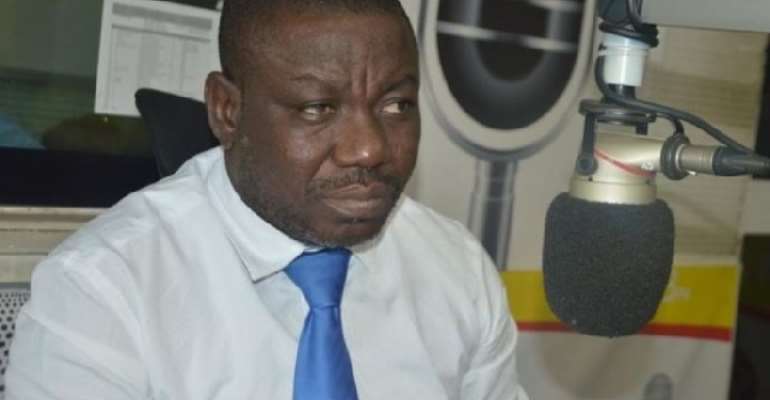 The Member of Parliament for Bolga Central, Isaac Adongo has taken a swipe at the Akufo-Addo-led government after it bragged of its infrastructural achievements at a town hall meeting ahead of the 7 December polls.

On Tuesday, 18 August 2020, Vice President Dr Mahamudu Bawumia said the government has started 17,334 projects and completed 8,746 of them in its first term.

Reacting to this, Mr Adongo, in a statement, quizzed: “If Ghanaians voted against commissioning of major infrastructure projects in 2016, do you think they will vote for sod-cutting, an enhanced promise in your last four months in office?”

The lawmaker stated: “How can a government with four months left in office show infrastructure records in a town hall meeting? This is what happens when your year of roads is touted with a sod-cutting of 26 km road. A performance-driven government commissions roads and infrastructure projects with 4 months to the end of your term not another round of empty lectures and town hall meetings dubbed results fair”.

“Are you not proud of your 1 village 1 dugout or reshaping and re-gravelling or your one-seater toilets? Come to Bolga Soe to commission your embarrassing dugout”, he dared the government.

“Talk is cheap. The toilets, boreholes, reshaping and school blocks that Ghanaians took for granted are now your superior achievements? So, what will the superior record of an Assemblyman look like? We have, indeed, retrogressed.

“While JM was described as incompetent by you for commissioning major infrastructure projects at this time in 2016, you are holding town hall meetings on supposed infrastructure you are ashamed to commission?

“Never again. After doubling our public debt in three-and-a-half years to competently finance corruption and stealing, now come and commission your projects. That's a true show of infrastructure results.

“It is interesting that the President on the day of visiting Western Region with the electorates waiting for him to show his projects, his MP in the area was sitting in a JM visible project with the economic comedian struggling to do the impossible of delivering another confident eloquent lies.

“The NDC delivered more infrastructure with fewer resources under JM in four years.

“If Ghanaians voted against the commissioning of major infrastructure in 2016, do you think they will vote for sod-cutting, an enhanced promise in your last four months in office?

“Sod cuttings are just enhanced promises and a failed Government cannot seek solace in more promises on your way out. Big English and confident eloquent lies best describe your shameful legacy,” he stressed.