I've Fulfilled Most Of My 2016 Promises; I'm Honest, Truthful And A Man Of My Words – Akufo-Addo 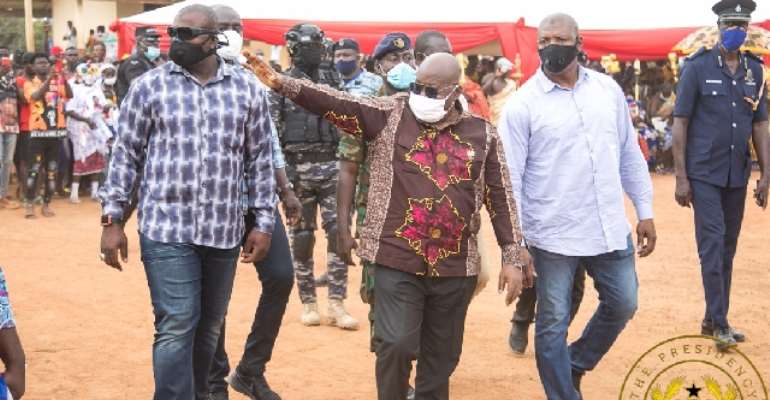 President Akufo-Addo says his fulfilment of most of his campaign promises will earn him another term.

Talking about his legacy and why he should be given another term of office in an interview with Takoradi-based Skky FM, President Akufo-Addo noted that Ghanaians can attest to the fact that he has been honest enough to fulfill his promises.

“I’ve fulfilled most of the promises I made to Ghanaians, so, now, Ghanaians know I’m an honest and truthful person who didn’t come to deceive them.

“They’ve seen what my government has done. So, if I ask for a second term, they know I’m a man of my words and, so, they should give me a second term,” Nana Akufo-Addo said.

He cautioned that in the “unlikely” event that the main opposition National Democratic Congress (NDC) should return to power, the NDC will set Ghana back just as in his opinion, the NDC did when former President John Agyekum Kufuor handed over to them in 2008.

“Where we’ve gotten to, if we vote for the NDC, they will take us back. When Kufuor made massive progress and handed over to the NDC, we saw how they took us back. I’m not saying Ghana has become paradise; I can’t say that, but we have done a lot in the education, health, agriculture sectors and many more, and Ghanaians have seen the massive change in the country.

“So, they should give us another chance to protect our prosperity and the process of economic transformation, which we are going to continue.

“That’s the programme for the future and it’s based on concrete achievements of our first four years in office,” he added.