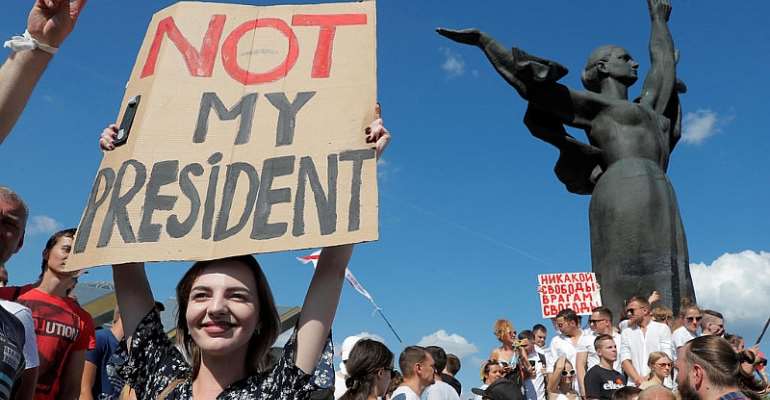 The European Union was poised to extend restrictive measures against Belarus on Wednesday at an emergency summit to discuss the fallout from an election that sparked mass protest over President Alexander Lukashenko's claim to have won a sixth term.

Leaders of EU states were expected to announce a new round of sanctions that the 27-member bloc was devising in response to the allegedly fixed vote of 9 August and the crackdown on ensuing protests.

Lukashenko's claim to have won 80 percent of the vote prompted protests that drew more than 100,000 people calling for his resignation in the largest rallies the country has witnessed since gaining independence from the Soviet Union in 1991.

Police arrested some 7,000 protesters in the days after the vote and have faced accusations of abuse and torture of demonstrators. At least two protesters have died and hundreds of people have been injured with rubber bullets, stun grenades and clubs.

At the EU meeting, leaders would “discuss how to best respond to the evolving situation in Belarus”, tweeted European Council president Charles Michel as the emergency teleconference got underway.

“Our message is clear. Violence has to stop and a peaceful and inclusive dialogue has to be launched. The leadership of Belarus must reflect the will of the people.”

Dutch prime minister, Mark Rutte, tweeted that the bloc could not accept the result of the elections. He called for resolute and concerted action.

“Our message to the regime is clear: violence is unacceptable, political prisoners must be released and human rights must be respected,” Rutte said. “The EU is working on targeted sanctions.”

French president, Emmanuel Macron, and the German chancellor, Angela Merkel, are among the EU leaders who have called for Lukachenko's ally Russia to act as a moderator between authorities and the opposition.

The Russian president, Vladimir Putin, has said his country could intervene in the crisis and warned against unacceptable”foreign interference in or pressure on Belarus.

Ahead of the summit, Belarusian opposition candidate, Svetlana Tikhanovskaya, who fled to neighbouring Lithuania after claiming victory in the vote, called on EU leaders not to recognise these fraudulent elections.

Lukashenko, who has been head of state since 1994 and is Europe's longest-serving leader, has repeatedly rejected demands to step down or hold new elections. He has accused the opposition of an attempt to seize power.

Protests continued for an eleventh day on Wednesday and workers at several industrial plants, including a major fertiliser plant, have also gone on strike to demand Lukashenko leave office.

Your MMDCE list plagued by inequalities entrenched in the du...
21 minutes ago

Chereponi: 12 arrested after vandalising properties over nom...
46 minutes ago