PNC To Hold Congress On September 19

The People's National Convention (PNC) party has announced it will be holding its Congress on September 19, 2020.

Ahead of the 2020 General Elections, the minority party is making arrangements to elect a Presidential Candidate and National Executives of the Party to run affairs.

After several consultations, the PNC at a meeting on Tuesday, August 18, 2020, finally scheduled its Congress for the middle of next month.

In adherence to Covid-19 safety protocols, the PNC says Congress would be decentralized to have voting done from the various regions, a departure from the old format of congregating at a central location to hold the National Congress. 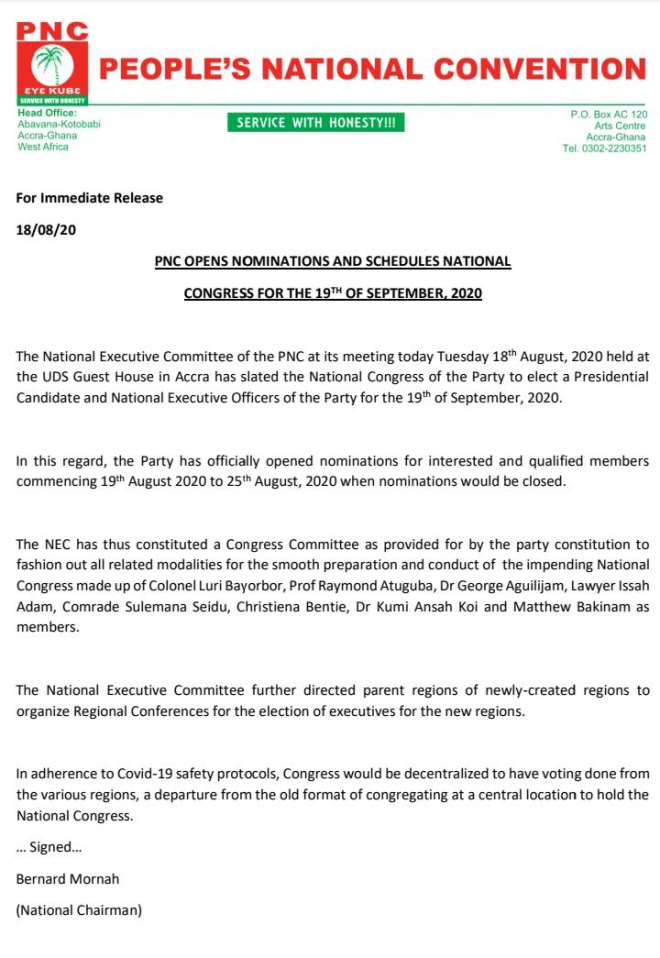