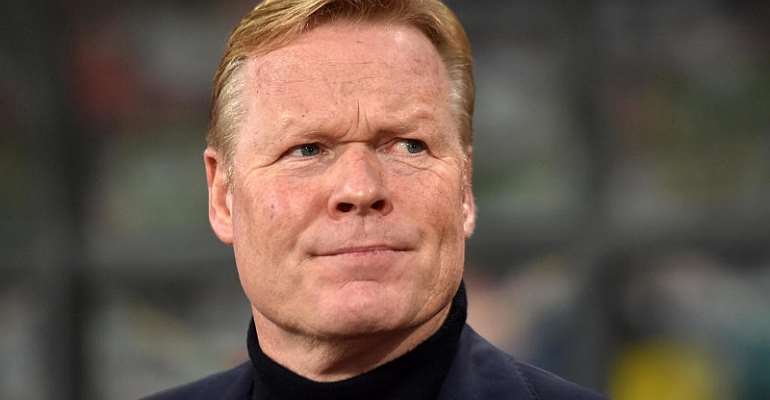 Barcelona bosses on Wednesday hailed the "return of a legend" as they named former player Ronald Koeman as their new coach after the sacking of Quique Setien.

"More than 30 years after his arrival as a player, Koeman arrives once again as coach at the club that he helped win their very first European Cup back in 1992," Barcelona said in a statement.

Koeman, 57, who had been in charge of the Netherlands national team since 2018, is the fifth Dutchman after Rinus Michels, Johan Cruyff, Louis Van Gaal and Frank Rijkaard to lead the Catalan giants.

His return followed the departure of Setien on Monday less than a week after Bayern Munich humiliated Barcelona 8-2 in the quarter-final of the truncated Champions League tournament in Lisbon.

It was the first time since 1946 that a Barcelona first XI had conceded eight goals.

In a statement headlined: "Return of a Barca legend”, the club added:  "Koeman, the hero of Wembley, is back. FC Barcelona and Ronald Koeman have reached an agreement for him to take over as first team coach until 30 June 2022."

Arrival
Koeman first went to Barcelona in the summer of 1989 from PSV Eindhoven. Nearly three years later, on 20 May 1992, Koeman secured his place in Barcelona history by scoring the only goal of the European Cup final against Sampdoria.

It was Barcelona's first trophy in European club football's most prestigious competition.

He stayed for another three seasons ultimately making 264 appearances and scoring 88 goals as a key feature in Cruyff's 'Dream Team', which won four consecutive La Liga titles between 1991-94.

However his career has not been as garlanded since becoming a coach in 2000. Leading PSV to the 2007 Dutch title has been his only success although there were two second-place finishes in the Eredivisie with Feyenoord in 2012 and 2014.

"It was an honour to be the national coach of the Netherlands," said Koeman. "For the past two-and-a-half years I have done everything I can to achieve successes with the Oranje.

"I look back with pride on what we have achieved together in that period. The Dutch national team has a bright future, I am convinced of that.

“But everyone knows Barcelona is my dream club. It feels very special to me to be able to become a manager there."