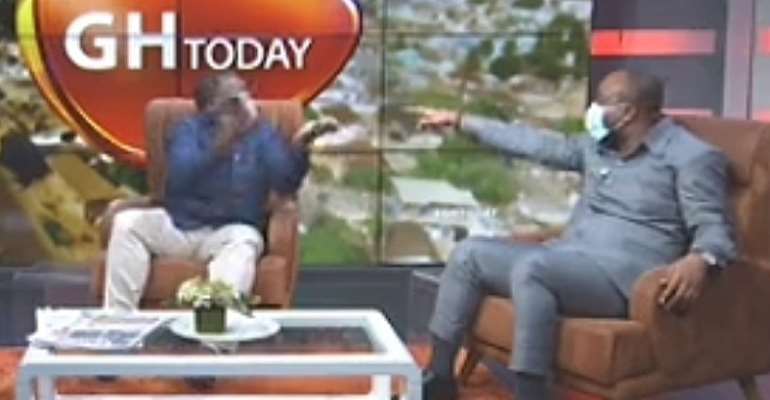 Member of Parliament for Ningo Prampram Constituency, Hon. Sam George has described Deputy Information Minister, Hon. Pius Enam Hadzide as a person with a PhD in lies and corruption.

The MP made this comment today, August 19 whiles on 'Gh Today' morning show on GhOne TV with Pius Hadzide as co-panellist.

On the program which was monitored this portal, Hon. Sam George comment got the Hon. Deputy Minister irritated.

Responding to Sam George's comment; Pius asked the latter if he really understands what corruption is.

Hon. Sam George who saw the question as an opportunity to remind viewers of the corruption scandal that hit Pius sometime back regarding some visa racketeering; replied by saying he does not understand corruption because he is not corrupt and that is why he will not engage in it.

Hon. George further stated on the show that Pius' presence in government as Deputy Information Minister despite his involvement in corrupt practices is an indictment to the fight against corruption by the Akufo-Addo.