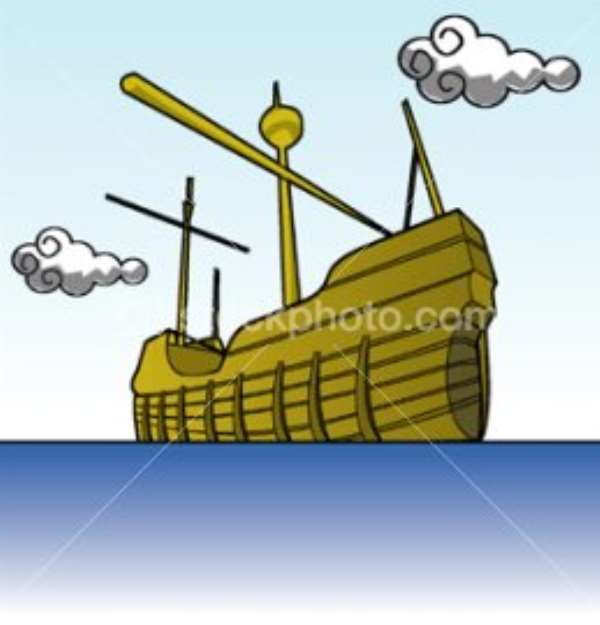 Following The Chronicle's exclusive tip-off about the presence of drug-laden vessel in Ghana, personnel of security agencies have launched a search for the craft that is said to have been anchored in the nation's territorial waters for days now.

Yesterday, officials of the National Security Ministry and the Ghana Armed Forces (GAF) told the paper that efforts have been intensified to locate the cocaine-bearing vessel.
Oracle Content & Collaboration

The Deputy Director of Public Affairs of the (GAF), Col. Dzosefe Mensah, disclosed to the paper that personnel from the Navy have began a vessel-to-vessel search in the Nation's territorial waters to be able to locate the drug-laden boat even if its name had been changed.

The security officer has also given the assurance that this time round, the operation would not be a failure as in the MV Benjamin operation, during which 77 parcels of cocaine were diverted.

He noted that the Ghana Navy and Ghana Air Force began their operation on Tuesday following The Chronicle's tip-off, adding that although the personnel had not yet had contact with the vessel, they were optimistic that in the shortest possible time, they would be able to locate and impound the craft.

He stressed that the territorial waters of Ghana was quite a wide stretch and as such, given the scanty information obtained about the vessel, it would take personnel of the security agencies some time to be able to locate the vessel if only it is still anchored in our waters.

He also intimated that the security agencies were working together to ensure a successful operation and to protect the nation against any national security threat.

The Chronicle's international intelligence sources had, on Monday, come through with information about the drug-bearing vessel, which could not dock at the coast because the captains of the vessel had had the information that the owner of the boat had been arrested in Tema over drug-related charges.

Earlier on Tuesday, when the paper called the Public Relations Director of GAF, Col. Eric Nibo, to do a follow-up on the story the paper had carried on that same day, he insisted that the paper rather owed him information in order to do due diligence on the matter.

He then requested the paper to give him additional information regarding the name and location of the vessel. The Chronicle did supply him with clues about the vessel and he admitted those information might help the security agencies to possibly track the vessel.

He then directed the reporters to make further enquiries on any other fresh developments that had emerged after the paper's tip-off.

The paper had reported on Tuesday that information from its international intelligence sources indicated that the vessel in question, full of narcotic drugs, belonged to one of the drug suspects who were recently arrested in Tema and put before court.

The paper's further investigations had revealed that the vessel was a Reefer brand and had been named after its owner who is now on remand.

The paper was also credibly informed that the crew of the vessel, after hearing of the arrest of the vessel's owner, deserted it and had since been at large.