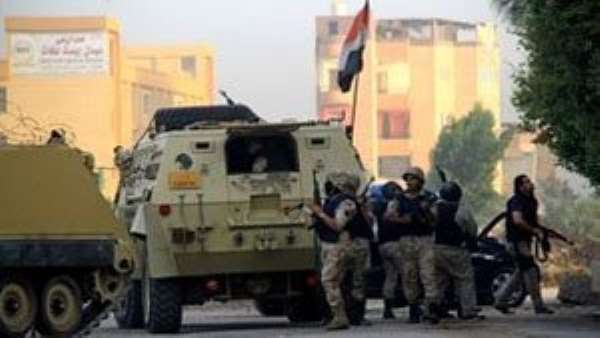 The People’s Democratic League (PDL) adds its voice to the many voices expressing concern about the deteriorating situation in neighbouring Republic of Mali and the subsequent collapse of democracy that has followed. We vehemently and unequivocally condemn the role of foreign powers, including France and the United Arab Emirates (UAE) in facilitating and supporting the coup d’état against the legitimate and democratically elected President Ibrahim Boubacarr Keita. President Ibrahim Boubacarr Keita was ousted on August 18, 2020 by the Malian military.

Tuesday’s military takeover is a grave violation of the fundamental rights of all Malian people, no matter their affiliation, and it fails as a step towards a sustainable political solution just as the last coup failed eight short years ago in 2012 against the legitimate and democratically-elected government of former President Amadou Toumani Toure. Further, there is the risk that coup leaders’ arrest of President Ibrahim Boubacarr Keita, Prime Minister Boubou Cisse and several top government officials will only deepen the shameful and disgraceful damage already done to Mali’s democratic development.

The People’s Democratic League (PDL) was built on freedom and democratic principles and as such holds the belief that the Malian Military committed an unacceptable act of coup d’état and violating Mali’s fundamental commitments to both the international community and, more importantly, the Malian people. Such a thoughtless act will only take the country backward to the military dictatorship regime. The coup d’état will never solve the ongoing political crises. The coup d’état maker only destroys the possibility of democratic effort toward finding a genuine solution to the Malian crisis.

We understand what was happening in Mali since June this year when opposition and civil society movements organized protests to demand the resignation of President Ibrahim Boubacarr Keita, but the situation had not reached that crescendo to warrant a military takeover in the West African nation. We believe the regional bloc ECOWAS (Economic Community of West African States) was already in the process of helping to find a peaceful solution to that country’s political crisis. We encourage ECOWAS to continue in that direction of working towards a peaceful solution and stability in Mali.

The abortion of democracy in Mali has a great impact on all West Africans, including Sierra Leoneans. Mali is a business destination for many Sierra Leoneans. The situation can easily be disregarded as purely a Malian internal matter, yet this serious issue is worth being reflected upon for it is happening to our fellow Africans. We strongly appeal to Sierra Leoneans to become more actively engaged for the immediate return of democracy and constitutional order in Mali.

Given the unfortunate event of coup d’état, democracy loving people on both sides of the Malian political divide should now come together to reject the country’s culture of coup-making in order to ensure that this is Mali’s final coup. It is now left with all parties in the Malian crisis to rededicate their manifested mandate to the electoral process while continuing to seek reform from within a democratic framework. After all, there is no substitute to elections; they are the bedrock of every democracy where they serve as the primary means of sharing power, determining the policy direction of a country, and providing the democratic legitimacy necessary to govern. Every Malian regardless of any immoral considerations should express his or her desires for a restoration of basic civil and political rights and a quick return to democracy and constitutional order in that historically beautiful nation.

We, in the People’s Democratic League (PDL) strongly condemn and resist the Malian coup d’état against the elected government of President Ibrahim Boubacarr Keita. We demand the military junta to immediately return the sovereignty of Mali to the Malian people. This fact reveals why a quick return to elections is important. A protracted period of military rule or a reform process dictated by military appointment is unlikely to resolve Mali’s political crisis.

Indeed, experience from other countries shows that inclusion in an electoral process is more likely to result in a sustainable democratic peace. The coup must end to enable Mali and the Malian people move towards a sustainable democratic direction and it is PDL hopes that coup leaders will quickly restore civilian control of government administration, return all rights to the Malian people, including journalists, academics, and activists, and move forward towards elections in a timely manner.

Coups are no more fashionable in our civilized world and the Malian coup threatens democracy, peace and stability in the entire West African sub-region. Hence PDL is gravely concerned about the on-going human rights violations and the regression of democracy in Mali. Furthermore, we strongly demand the Malian military junta immediately release all political detainees.

A military coup that suppresses the freedom of people cannot be justified even if it has the approval of foreign powers. We strongly condemn and resist the coup d’état in Mali and demand the military junta to immediately do away with politics.

We call on the global community to reject this affront to democracy in West Africa. It is shameful that former colonial power France and the United Arab Emirates are behind the coup, and are now working in the dark to keep the situation this way to achieve their economic and other ill-thought-out agendas in Africa.

Furthermore, we demand that France and the UAE come clean about any involvement in forcefully removing the legitimate and democratically-elected government of Mali. Coup plotters themselves claim in a leaked intelligence memo to have had conversations with France and the UAE and to have gotten their support.

This is not the first time that France and the UAE are closely working for the destabilization of Africa, and indeed the UAE is now building military bases on the continent. The UAE has made several attempts to help push forward the overthrow of the government in Bamako, and now only succeeded in placing the leader of the so-called June 5 Protest Movement, Imam Sheikh Mahmoud Dicko in the forefront, to do the bidding. The UAE is also reported arming and funding ethnic cleansing in Libya and recruiting Africans to join the ongoing genocide campaign against the civilian population, including women, children and elderly people of Yemen.

We know that this support for violent coups comes with no regard for the consequences — often leading to wars, atrocities, unnecessary deaths, and mass migrations. Despite what France, the UAE or other players may claim, we understand that they have no true concern for peace, stability and development in Africa— instead, the coup d’état in Mali fits into the long history of overthrowing democracies in Africa. We believe in the self-determination of the African people, free from foreign interference that will serve only to make violence and heighten terrorism on the continent.

We ask the United Nations Security Council to issue an emergency resolution, condemning the violent overthrow of democracy and constitutional order in Mali and to take action against any outside forces that are responsible for the crisis in the West African nation. We ask the United Nations Security Council to also issue an emergency resolution authorizing the African Union (AU) and the Economic Community of West African States (ECOWAS)—and each member state -- to take all necessary steps to respond to the coup in Mali.

We stand in solidarity with African brothers and sisters who struggle non-violently to bring peace, democracy and freedom back to Mali.

Sovereignty belongs to the People!

For and on behalf of members, supporters and sympathizers of the People’s Democratic League (PDL)