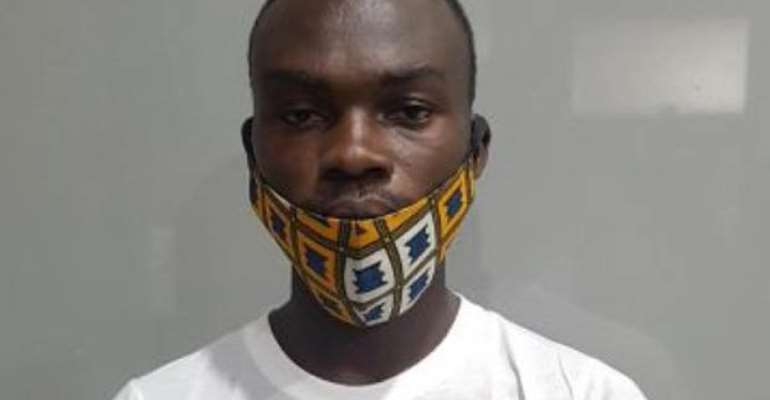 The prosecution in the trial of a private security guard who was arrested for allegedly spreading false news and instigating an attack on President Akufo-Addo has provided the documents it intends to rely on for the trial to the defence team.

The accused, Bless Amedegbe, was charged with two counts of circulating false communication and assault on a public officer contrary to sections 76 (1) of the Electronic Communication Act, 2008 (Act 775) and section 205 (A) of the Criminal and other Offences Act 1960, Act 29, respectively.

The court, presided over by Justice Emmanuel Essandoh, a High Court judge sitting as an additional Circuit Court judge, granted Amedegbe a bail of GH¢100,000 with two sureties, one of whom must be a public officer earning not less than GH¢1,000 a month. He adjourned the case to June 10.

Appearing before the court yesterday, the prosecution led by Detective Chief Inspector Frederick Sarpong stated that they had served the defence with all their documents and hence were ready for case management to set down ground rules for the trial.

Yaw Dankwa, counsel for the accused, however, pleaded with the court to grant them a short adjournment to enable them to assess the prosecution documents.

He said they were still going through the documents to determine whether they would object to the tendering of some of them.

Bless Amedegbe, according to court documents, in April 2020, when President Akufo-Addo imposed the lockdown in the Greater Accra Region and Greater Kumasi area to curtail the spread of Covid-19, Amedegbe made a video of himself and circulated on social media platforms, YouTube and WhatsApp, encouraging the public to defy the President's Executive Orders.

According to the brief facts, the accused claimed in the video that the lockdown and social distancing protocol for Covid-19 was a hoax and said it was deliberately made by the President to deceive the public and allow the telecommunications companies to install 5G network which causes deaths and Covid-19.

The accused further “incited the public to rise up against the President and to set his personal house ablaze.”

“The accused in his self-made video again incited the public to kill any police officer executing the Covid-19 duties,” the facts stated.

Chief Inspector Sarpong, the prosecutor, added that on May 12, 2020, the accused person was tracked and arrested and he admitted the offence in his caution statement.