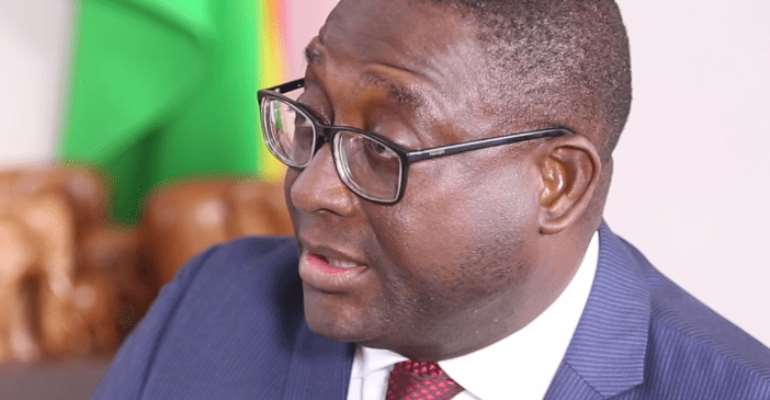 According to the party, Mr Mahama, the flagbearer of the National Democratic Congress (NDC) has himself not shown a commitment to ending party vigilantism within Ghana’s political space.

The Communications Director of the NPP, Yaw Buaben Asamoa was responding to Mr Mahama’s allegations that the NPP has failed to ensure a peaceful political atmosphere.

“Sometimes, when he talks, it is as if he has forgotten about yesterday and he assumes we all forget when we have not. If he has forgotten, let me remind him. Following what happened at Ayawaso West Wuogon, he went ahead to have a meeting with international diplomats, he lied about incents that had not happened. Why did he lie to international diplomats with his footage about what had not happened? When the president was urging political parties to have a dialogue about political party vigilantism, he never said a word,” he said on Eyewitness News.

Mr. Asamoa maintained that the former President’s assurance to ensure law and order can only be described as a joke.

“John Mahama never said a word during the dialogue between the two political parties about political violence and vigilantism. These were things to reduce political violence in this country and today, he has the effrontery to accuse somebody of being a bad boy and sending vigilantes when he is always presuming violence. This is the same Mahama and he thinks we can take him seriously about these things he has been saying? Let us get serious, the governance of this country is a very serious business”.

John Dramani Mahama has in recent times condemned violence that characterised the political season ahead of the 2020 polls.

Supporters of the NPP and NDC have for instance clashed during the just-ended voter registration exercise leading to assault and deaths in some cases.

The former president in condemning such incidents said, violence must never be an option of Ghana's democracy.

He further said these acts show President Akufo-Addo has lost control in ensuring the safety of the citizens.