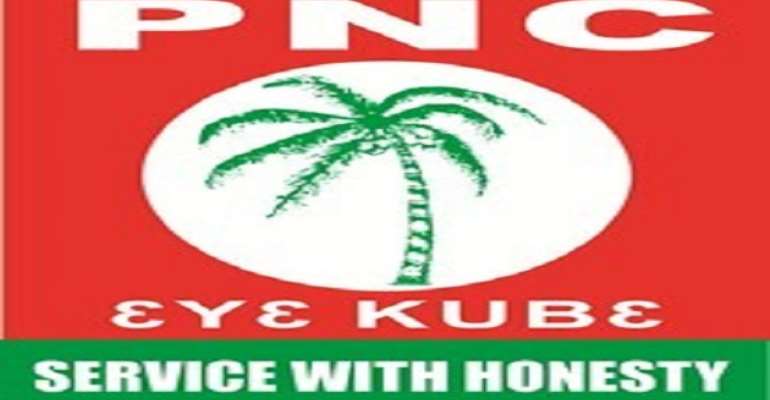 The People's National Convention ( PNC ) has officially opened nominations for the election of its national executive officers and a presidential candidate four months away to the general elections.

The party has also set September 19, 2020, for its national delegates congress to elect its leaders ahead of the 2020 polls.

Chairman of the Party, Bernard Mornah in a statement said the decision for the opening of nominations and date for the national congress was agreed upon at a National Executive Committee meeting held on Tuesday, August 18, 2020.

The party added in the statement that the polls will be decentralized to have voting done from the various regions, rather than congregating at a central location as done in the past.

The party added that “parent regions of newly-created regions [are] to organize Regional Conferences for the election of executives for the new regions.”

The party said it has consequently constituted an 8-member Congress Committee to help fashion out modalities for the congress to be held.

Ahead of the polls, a former Member of Parliament for Bolgatanga Central for the PNC, David Apasara has already declared his intention to contest for the presidential slot on the ticket of the party.

The Executive Secretary of the Importers and Exporters Association, Sampson Asaaki Awingobit in February 2020 also declared his intention to contest as a presidential candidate in the 2020 general elections on the ticket of the People's National Convention.

He said his decision is borne out of the desire to serve the country and contribute to its socio-economic development.

LGBTQ+ Bill: You're shameful backward thinker obsessed with ...
20 minutes ago