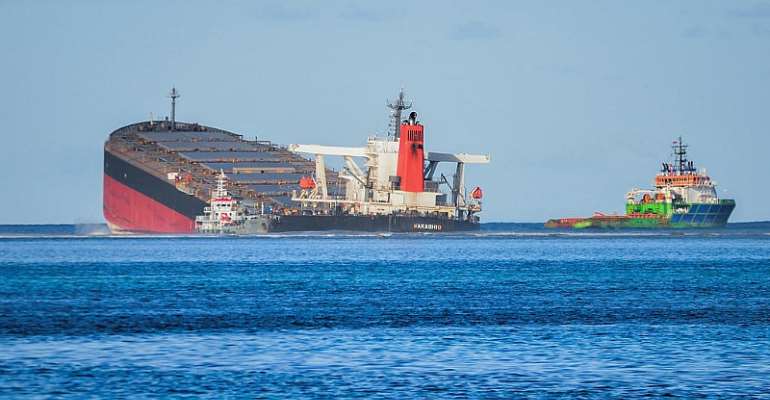 Authorities in Mauritius arrested the captain of the Japanese-owned ship that ran aground off the pristine waters of the Mauritian coast last month, polluting the sea with tonnes of oil, according to police.

"We arrested the captain and his second-in command today. They were taken to court on a provisionary charge. The investigation continues from tomorrow with the interrogation of other crew members," said spokesman Inspector Shiva Coothen.

Both the Indian captain of the MV Wakashio and his Sri Lankan deputy are expected to appear in court on 25 August. Both were charged under the piracy and maritime violence act.

The boat hit a coral reef on 25 July and more than 1,000 tonnes of oil leaked out of the boat a week later, before splitting apart.

One question to be answered at the inquiry is why the boat came so close to shore when it was en route from Singapore to Brazil.

Mauritius is well-known as a honeymoon and tourist destination, with its varied wildlife, beautiful water and sandy beaches. Many Mauritians depend on tourism and fishing for their livelihoods and are angry over the loss of income as well as the destruction of the flora and fauna their country.