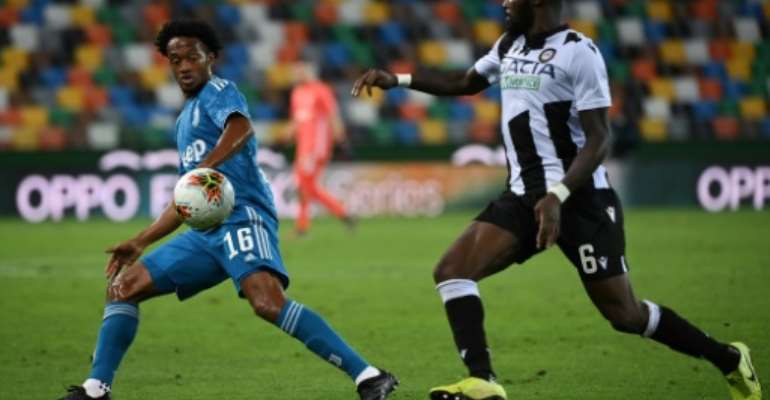 "Udinese Calcio announces that it has reached an agreement with Racing Club de Lens for the sale of Seko Mohamed Fofana," Serie A outfit Udinese said in a statement.

Financial details were not revealed but the transfer fee is reported to be worth around 10 million euros ($12 million), with Fofana signing a four-year contract with Lens.

Lens general manager Arnaud Pouille said that the signing of the 25-year-old French-born player was "the most significant investment made by the club".

The former Manchester City player joined Udinese in 2016 after loan spells at Fulham and Bastia.

"I had other offers but I asked myself the right questions," said Fofana, adding he was "impatient" to discover his new team where he joins former Bastia teammates Jean-Louis Leca and Yannick Cahuzac.

Don’t give me reason to close down schools again – Akufo-Add...
32 minutes ago