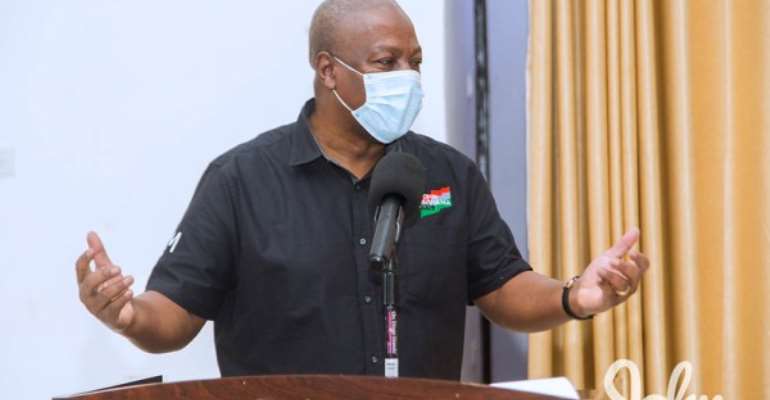 Former President John Dramani Mahama has accused the Akufo-Addo government of abandoning development projects started by his administration in the Volta Region where he is currently touring.

Mr Mahama said the 1992 Constitution “even says” under the Directive Principles of State Policy that “projects started by previous governments should be continued by the successive government, but what do we see here in Akatsi South?”

At a meeting with the chiefs and elders of the region, Mr Mahama complained that “all the projects we started, as soon as my administration left office, everything has come to a standstill”.

Additionally, he said: “All the electrification projects have come to a standstill because a new government has come”.

Further, Mr Mahama pointed out that “all the roads Togbui mentioned, we awarded them on contract…”

“When the new government came, they said: ‘All contracts suspended, everybody should stop work’. They are auditing the contracts. It’s been four years now. What kind of auditing are you doing for four years that the contractors cannot continue to do the work that was legitimately awarded by the government?” Mr Mahama wondered.