Some bats find their way around like people do: why this is useful to know

By Melville (Brock) Fenton - The Conversation 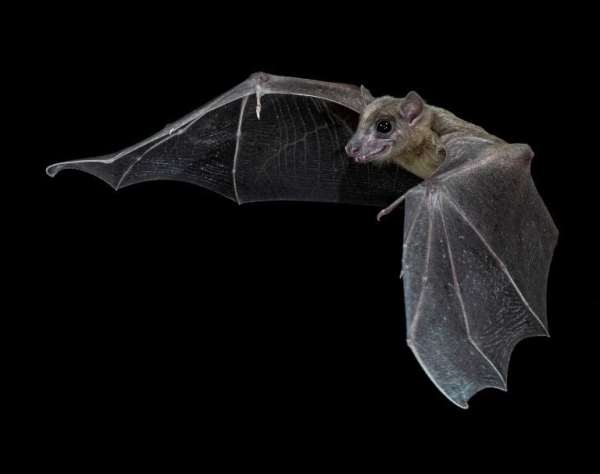 Flight makes bats unique among mammals and confers on them the potential to cover large distances. And yet, for most of the approximately 1,400 or so species of bats, we have little information about the extent and details of their travels.

Two papers published in Science in July 2020 have added to our understanding of how bats – specifically Egyptian Fruit bats – travel. Each paper was the work of a team of Israeli researchers who, using several kinds of technology including GPS tags, documented the movements of Egyptian Fruit bats from Israel's Hula Valley. They showed that these bats, which weigh about 150 grams, have home ranges exceeding 60 km². They also discovered that, once they could fly, young bats took about 70 days to use home ranges as large as those of adults.

As an expert on bats who has published extensive research and books on these animals, I provided a commentary in Science on these new findings. I pointed out that there was more to the papers than the extent to which these bats covered ground. Rather, the data reveal that bats used a cognitive map to navigate their home ranges.

This is a detailed inner 'map' in which information about our geographical and physical world is stored, analysed and altered as necessary. Here you might think of your own 'home range': how you move about in it to make the best use of your time, whether you are looking for food or to meet friends. Your cognitive map makes this second nature.

This important discovery demonstrates that such maps are not the exclusive domain of humans and a few other species. Documenting animals' use of cognitive maps allows researchers to unravel the brain and sensory processes involved in navigation. It could also have positive implications for conservation, helping us to better understand the areas where these bats may travel and roost.

Another side to knowing about the distances covered by bats relates to public health and their association with some viral diseases that affect people. Ebola is a grim example; COVID-19 another. Bats are reservoirs for SARS CoV-2 , which causes COVID-19. We do not yet know how this virus moves from bats to people. Learning more about how bats operate can only benefit us.

Diverse and quite different

Bats are diverse, distinctive, and quite different from other mammals. For example, they bear large young (about 25% of the mother's body mass), and many live a long time – about 20 years in the wild. Most bats orient by biosonar or echolocation, allowing them to 'see' in the dark.

Africa has more than 200 species of bats, ranging in body mass from about 3g to around 300g. African bats play different roles in ecosystems, but most eat mainly insects and other arthropods. Some African species eat fruit and disperse seeds, while others visit flowers and are important as pollinators. A bushveld bat emerging from a cave. Sherri and Brock Fenton

As their name implies, the Egyptian Fruit bat that was the subject of these two studies occurs mainly in Africa, from Cape Town northwards, and into some areas in the Middle East. They eat fruit and are common zoo animals, well known to many people well beyond Africa.

Bats are mainly nocturnal and their survival means having a safe place to spend the day. They roost in a wide variety of places, from underground hollows (caves and mines), to hollows in trees and in buildings. Some roost in foliage; others out in plain sight. Some roosts contain thousands of bats, but many others shelter only a few individuals.

In different parts of the world, banding studies – in which bands are used to mark and identify the animals – have revealed that individual bats return to the same roosts year after year, over decades. One banded Brandt's myotis returned to the same site each year for over 40 years . We now know that many bats use a variety of roosts and this repertoire provides appropriate shelter and access to other group members. Use of cognitive maps explains this behaviour. Detailed knowledge of their home ranges, whether places to roost or to find food, are vital to the survival of bats – whether of individuals or species. A mother epauletted fruit bat with her almost independent young. They occur widely in African savannahs. Sherri and Brock Fenton

Some bats lead very social lives and being with group members can be important to them. Contact with others allows many bats to save energy; they huddle to keep warm. It can also improve their chances for reproductive success. Such detailed knowledge is central to our lives as well – and, as with bats, involves cognitive maps. We know where to find shelter, food, our friends. This new research shows that bats know the same things.

Bats' use of cognitive maps raises interesting questions about their conservation. Bats' small size, low reproductive output, and longevity make them vulnerable. Destruction of roosts and foraging areas puts many bats at risk. Too often, the situation is exacerbated by bats' negative image.

Effective conservation plans mean protecting bats' home ranges. Most lists of bats occurring in an area, for example a national park, indicate where species have been reported, and perhaps the locations of some roosts.

To effectively protect areas vital to a species, we also must know how far they range, as well as why and how they use different features and areas. Knowing that bats likely have cognitive maps makes it easier for us to appreciate the areas they cover and to plan accordingly.

There are possible benefits for public health, too. Almost everywhere in the world, bats coexist with people. Learning more about how they operate – for example how they neutralise viruses that are potentially fatal to us – can benefit us.

Melville (Brock) Fenton does not work for, consult, own shares in or receive funding from any company or organisation that would benefit from this article, and has disclosed no relevant affiliations beyond their academic appointment.