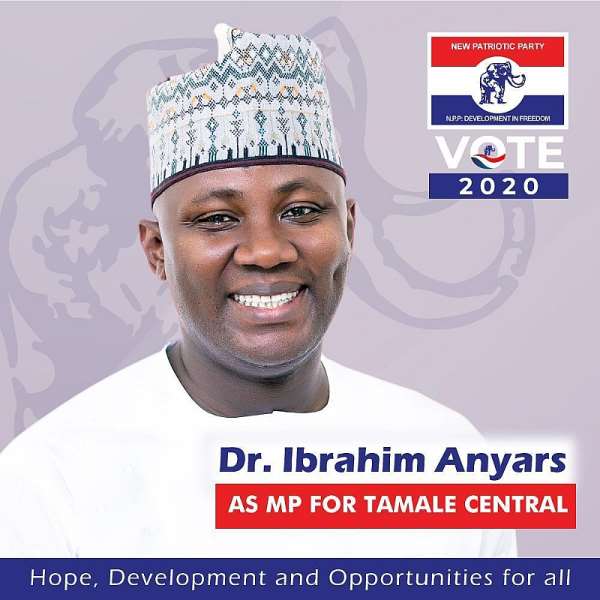 The NPP Parliamentary Candidate for Tamale Central, Dr. Ibrahim Anyars has distanced himself from some political skirt and blouse posters planted by some unidentified groups which suggest campaign for John Mahama in one breadth and for himself.

According to Dr. Anyars, these photos are fake and should be treated with all the contempt they deserve.

On the background, Dr. Anyars noted that these posters are rather from the 2016 campaign when the NDC kicked against the Candidature of Murtala Mohammed and called for the retention of President Mahama but a change in the parliamentary.

"My 2020 posters are out and they are definitely not the same and to make matters clear, the John Mahama 2020 campaign posters are not using the same photos. I want to place it on record that a similar banner with Murtala and President Akufo-Addo has emerged indicating yet another skirt and blouse and these are the works of some faceless groups setting the stage for some agenda," Dr. Anyars cleared.

“With the rare privilege of serving as the CEO of one of the biggest social interventions and investment in the youth of Ghana, the track record of the Visionary President that President Akufo-Addo represents is unparalleled. What is the record of the former President to court the affection or sympathy of any youth?” He quizzed

He also assured NPP party members and loyalists of his unflinching support for Nana Akufo-Addo and the NPP.

"I remain committed to the NPP and Nana Akufo-Addo's course for victory and I would like to use this opportunity to reassure party members that these are fake images and they should be ignored."