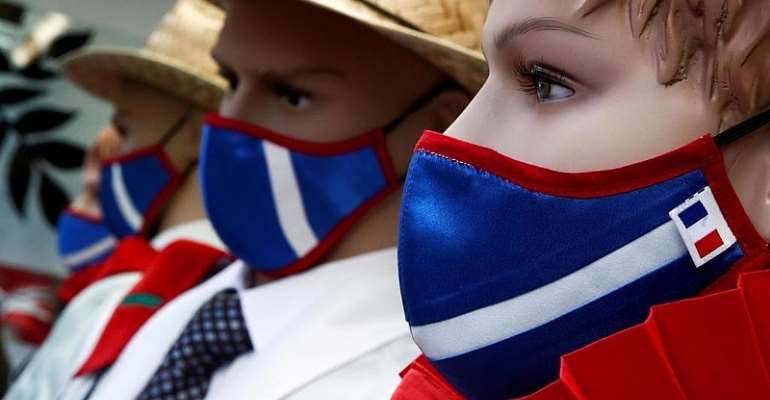 The French government is to make face masks compulsory in all shared workspaces from 1 September in a bid to stem the resurgence of the coronavirus, the labour ministry said on Tuesday, adding that working from home remained the recommended practice.

"The government says it is necessary to wear a mask when not alone in the work place", said Yves Veyrier, leader of the Force Ouvrière union, adding that Labour Minister Elisabeth Borne said it was up to the companies to pay for the masks.

The new measures were announced on Tuesday after discussions led with unions and business representatives.

France's High Council for Public Health recommended the measure last weekend as the country's daily infection count jumped past 3,000 for the first time since May.

From September, face coverings will be required in collective spaces and during meetings, but people will be allowed to remove them in private offices.

The ministry is to provide a full list of its new proposals .

Unions have pushed for more virus protections in the workplace, with workers at the Louvre Museum, Amazon France and other sites walking off the job earlier this year over concerns that their employers weren't doing enough to protect them.

But some are reluctant to wear a mask all day, particularly in professions that require heavy physical activity or phone discussions where masks can make it complicated to communicate.

Employers are worried about how to enforce the new requirements – and also if they will be able to provide enough masks.

At least a quarter of the 1,013 virus clusters that have emerged since France ended its strict virus lockdown in May have been traced to workplaces, according to the national health agency. Family vacation gatherings, dance parties and other summer events have also led to outbreaks.

While France's virus infection rate is now among the highest in Europe, the government is determined not to return to a full lockdown that would further hobble one of the world's largest economies.