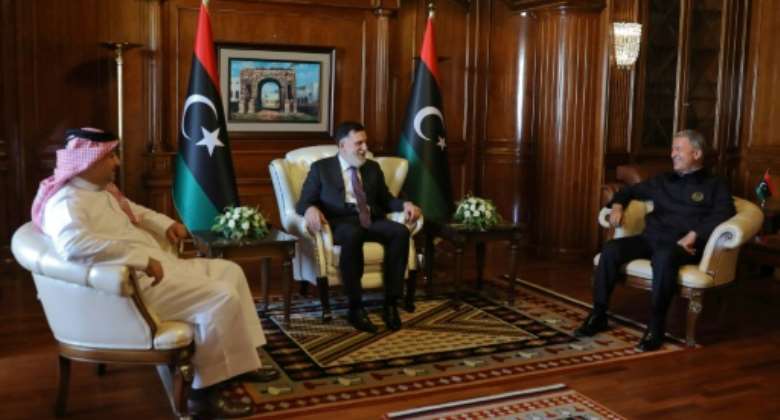 Qatar and Turkey have signed an accord to send military advisers and instructors for the armed forces of Libya's Government of National Accord, the UN-recognised GNA said.

Both Sheikh Khaled, Qatar's minister of state for defence, and Akar were in Tripoli on Monday for meetings with the GNA's military and for talks on three-way military cooperation.

Under the accord between the three countries, Turkey and Qatar will send military advisers and provide training at their military academies for Libyan cadets, Namrouch said.

Outside powers are "continuing to massively arm the country", said Maas, whose government has tried to broker peace in the war-torn North African country.

"In Libya at the moment we are observing a deceptive calm," he told journalists in Tripoli, seat of the GNA.

Libya has been in chaos since a Western-backed uprising toppled and killed longtime dictator Moamer Kadhafi in 2011.

After 14 months of fierce fighting, the Turkish-backed pro-GNA forces expelled Haftar's troops from much of western Libya and pushed them eastwards to Sirte, a gateway to Libya's rich oil fields and export terminals.

While the GNA has also been supported by Qatar, Haftar has had the backing of the United Arab Emirates, Egypt, Saudi Arabia and Russia.