Jean Mensa Is A Candidate For Prosecution For Wasting $130m On A $30m Exercise; – Mornah 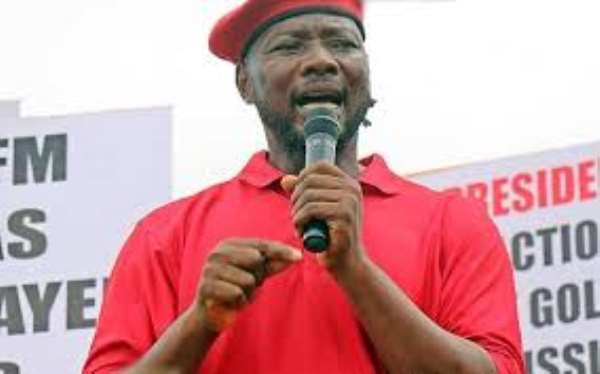 The Electoral Commission of Ghana has wasted $130 million of the taxpayers’ money on an exercise that could have been conducted with just $30 million, the National Chairman of the People’s National Convention (PNC), Mr Bernard Mornah has said in reference to the recently-conducted voter registration exercise.

According to him, think tank IMANI Africa’s “analyses show that we wasted $130 million on an exercise that we could conduct safely with $30 million”.

“So, I say that Jean Mensa and all the actors in this grand scheme to steal Ghana’s money are candidates for prosecution”, Mr Mornah noted.

He also alleged that the governing New Patriotic Party is conniving with the EC to expunge from the new register, the names of voters in some specific areas.

“They have come out with another lie. This lie we uncovered. If you listen to the General Secretary of the NPP, they have already targeted some constituencies in which they are going to delete names from [the voter register]”, he claimed.

That allegations ties in with a similar one made earlier by a group calling itself CARE Ghana.

In a statement signed by David Kumi Addo, Executive Secretary, the group said the call for a new voter register “is rather a surreptitious agenda to deny 2,364,015 Ghanaians who are above 18 years and have the right to participate in any public elections in Ghana, the access to register in the just-ended registration exercise”.

“This is aimed at creating an avenue to manipulate the 7 December 2020 general elections”, the group alleged.

However, President Nana Akufo-Addo has congratulated the EC for compiling, in his view, the most credible register in Ghana’s history.

“On behalf of the people of Ghana, I congratulate, warmly, the Chairperson of the Electoral Commission, Mrs Jean Mensa, her two Deputies, Dr. Eric Asare Bossman and Mr. Samuel Tettey, and the entire Commission for the efficient, safe, transparent nature of the registration exercise, where, for the first time in our nation’s history, Ghanaians were provided with daily updates of the numbers of eligible voters registered, together with specific age, gender, regional breakdowns, and breakdowns of identity documents”, he said.

“All eligible voters were given the unfettered opportunity to register, a process that was fully embraced by the mass of the citizenry”, he said.