Where Are The Math Sets Procured For WASSCE Candidates? – IFEST Quizzes 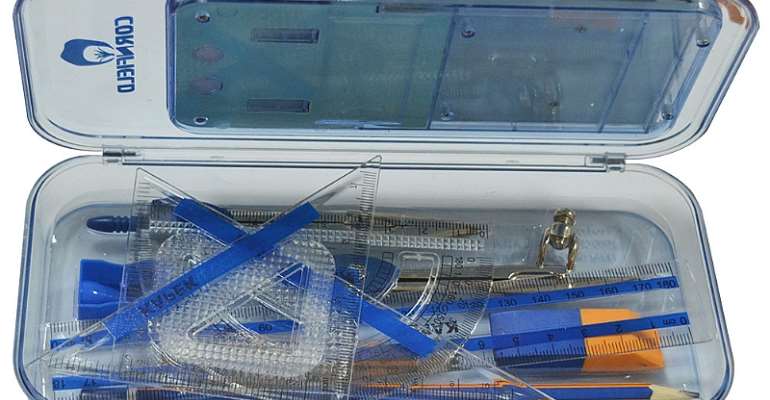 The Institute for Educational Studies (IFEST) is demanding clarity from the Ministry of Education on the status of the procurement process for the Scientific Mathematical Instruments for some Senior High school (SHS) students.

According to a report from Parliament’s Finance Committee, the $3.2 million tax waiver was to aid the supply of the sets to students participating in this year’s West African Senior School Certificate Examination (WASSCE).

The Scientific Mathematical Instruments were to be procured and supplied by Messrs Bluegrass Group Limited for use in examinations conducted by the West African Examinations Council (WAEC).

But IFEST says its survey across the country indicates that 78 percent of students who wrote the Core Maths paper yesterday [Monday] did not have access to the instruments.

“If at the end of the day, these things have not been delivered, we are asking the Ministry of Education to tell us the current state of the procurement processes,” the Executive Director of IFEST, Peter Partey Anti said to Citi News.

The agreement between Education Ministry and Messrs Bluegrass Group Limited was to see the company supply 853,009 units of the Kapek Scientific Mathematical Instruments.

The Member of Parliament for Ashaiman, Ernest Norgbey, has already raised some concerns with the procurement of the math sets .

The Ashaiman MP told Citi News that government's decision to procure the items under a single source initiative breached the Public Procurement Act 663.

The Member of Parliament for North Tongu, Samuel Okudzeto Ablakwa, also said the government should have considered better value for money analysis before approving the tax waiver.

He noted that Nakaraj Mathematical instruments would have cost GHS12 per set as opposed to the GHS 75 per Kapek Scientific Mathematical Instrument.

The latter notably comes with a calculator while the other does not.

Akufo-Addo's response to Aflao Chief was wrong; he must apol...
49 minutes ago

NIA suspends registration at GRA, RGD from October 25
51 minutes ago