Praying Without Working Will Keep You Poor Forever—Kwadwo Safo Jnr 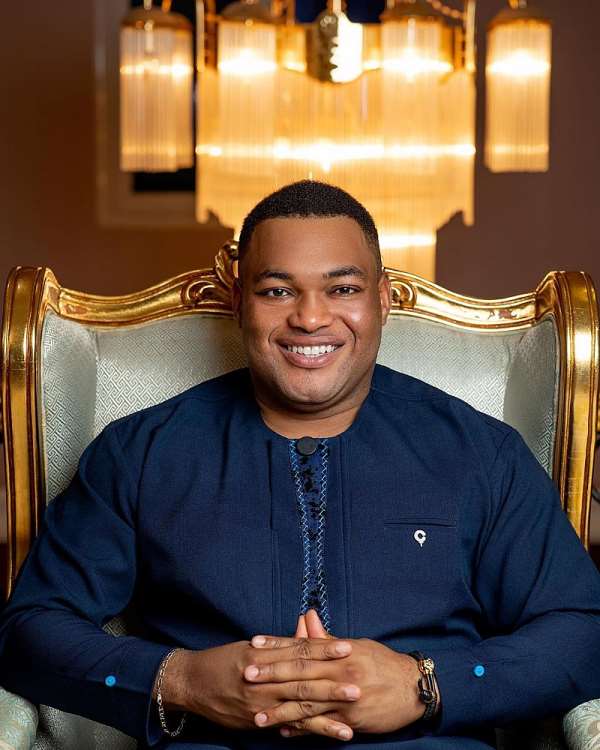 Nana Adwoa Sarkodie is back again with yet another refreshing interview with the outstanding CEO of Kantanka Group, Kwadwo Safo Jnr.

The commercial pilot turned CEO was hosted for a discussion on the topic "Life's Journey".

Kwadwo admonished Christians to desist from being over spiritual to the detriment of their physical and financial wellbeing.

He stated, "We have a lot of churches in Ghana that entertain laziness. People go to the church to ask for prayers for employment instead of going out into the real world to strive hard and find something to do.

"Worshipping God is good. I'm the leader of Kristo Asafo church. But people should face reality. I'm a realist. Don't put all your hope in the word of a pastor and go home without working. If you go out there and decide to work and let the word support whatever you're doing, you can be successful."

He continued, "But don't go to church on a weekday to ask for some kind of grace or mercy or divine blessing when you should be out there working.

"I don't encourage my congregants to over dwell in a spiritual realm. I want them to build on what they have. I believe God put us on this earth to handle what is on this earth."

Speaking about how he joined Kantanka and eventually became the head, Kwadwo attributed it to the trust his father reposed in him and their amicable friendship, describing him as his best friend.

"I didn't really want to take after my father because I just wanted to have fun and live my life freely. But I developed interest in innovation and technology while in pilot school back in 2006. My dad also trusted me to handle the affairs of the company. He said he wouldn't have handed it over to me if I were incapable."

Furthermore, he also mentioned some of the challenges he's had to deal with on his decade old journey in the business.

"I don't focus too much on criticism. I focus on what I have to do and achieve my goals. But I get hurt sometimes when people say disrespectful things about my dad. For instance when he creates a prototype and people just go on social media to insult him, it bothers me.

"With Kantanka, raw materials and the factors of production wasn't really a problem. The only challenge we faced mostly was the human factor, where most people couldn't accept the fact that a black man could also do it" he alluded.

Commenting on the introduction of international car brands being assembled in Ghana, Kwadwo praised the government for their support and hinted that Kantanka vehicles will see a price reduction after the unique duty free licenses issued them. He also claimed to be out of stock and they're working really hard to meet high demand.

"With all the licences Government has issued to manufacturers assemblers in Ghana, we enjoy an enhanced license than any other car assemblers in Ghana because we're a wholly black owned company. Government has also issued a policy for all government agencies to only buy locally assembled vehicles. So all we have to do now is to market our cars to stand out better than the other well known brands like Toyota or Hyundai."

On his relationship life, the young CEO refused to delve into his past marriage with Juliet Ibrahim and only advised young people not to rush into getting married at an early age.

He is currently married to another woman and they're blessed with 3 kids.

"Every day is like a brand new day with my wife. She understands me and goes the extra mile with me. She is too pretty. Her nose and her lips is something else."

Kwadwo seemed to be really fond of his wife and also described how they met.

"I met her at a party and I tried getting her number several times. I stalked her for a while and we finally had a meeting at African Regent Hotel. I was expecting to have it easy but she wasn't even dazed by the fact that my name was Kwadwo Safo. I was really amazed and finally when I introduced her to my father, he accepted her warmly regardless of her Islamic religion," he stressed.

He also shared his ways of dealing with the pressures of work and stated that whenever he's stressed, he invents new ways of making money. And that's how they invented the first electronic vehicle 'Kantanka Amoanimah' which will soon be on the market.

Finally, he advised young people to start small and not wait for huge capital to make a move. He also advised them to be conscious of peer pressure and not allow bad influences like alcoholism to overcome them.