Fury in Niger at French travel warning after deadly attack 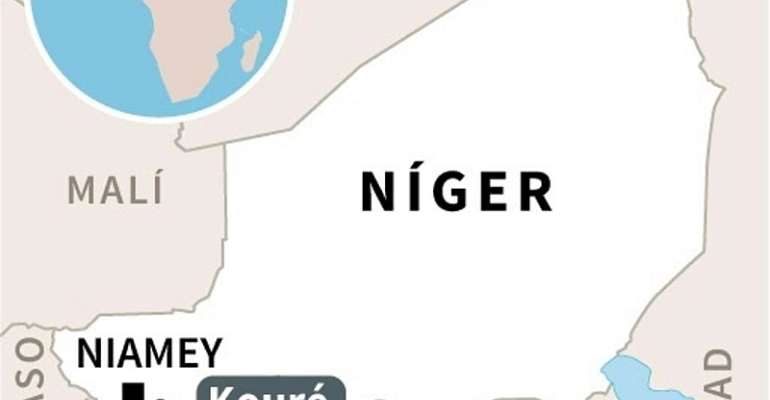 Anger is still simmering nearly a week after Frane, the former colonial ruler, issued a stern warning against travel to the West African country.

France classified all of Niger except the capital Niamey as red under its colour-coded security advice after six young French aid workers were among eight killed in a suspected jihadist raid on 9 August.

The attack at the Kouré National Park, a giraffe haven and tourist hotspot outside the capital, was the first of its kind against Westerners in the area and prompted an outpouring of grief in France.

Kouré had previously been marked as yellow, but on Wednesday France put everywhere in the most severe "red zone" except Niamey, which is orange - "travel not advised unless for compelling reasons".

Some have been quick to portray the move by Paris as a slap by a former ruler which prefers to see Niger in terms of a logistics point for its anti-jihadist campaign.

Truly villainous
"Any Nigerien concerned about the dignity of this country feels humiliated in their bones. Niger in red! But they have only have to leave, for goodness' sake, they just have to leave," said Alahe Tahirou, a civil servant.

"I urge Niger's government to protest... it is totally arbitrary and ultimately shows contempt for the people of Niger."

Outrage has also reverberated across social media, where many have shared a completely green map of Niger with the words: "I am a country of legendary peace and hospitality, I am Niger."

Niger's state TV station Tele Sahel judged that Paris made an emotional decision under the influence of "panic".

Some, however, say they understood the reason for the French move.

"It is also our fault," said Bello Alou, a young mechanic. "There is not enough security, there are too many bandits in the country."

Economic woes
Niger is among the world's poorest countries, for nine straight years ranking dead last out of 189 nations in the UN's Human Development Index.

Local businessman Ali Maman warned that the travel warning "risks sowing panic among investors when the economy is already being affected by the coronavirus".

According to the French economy ministry, annual investment in Niger by French companies rose steadily from 2014, reaching around a billion euros ($1.19 billion), led by transport infrastructure and uranium mining, in 2017.

The country was the ninth biggest destination that year for French funds south of the Sahara.

No one has yet claimed responsibility for the Kouré attack, but a source close to an ongoing investigation by French anti-terror prosecutors says it appeared to have been planned and targeted at "mainly Westerners".

France has previously been sensitive to harsh words from its former colonies in the Sahel, where French Barkhane troops are among those fighting a rising jihadist insurgency across the region