The Tales Of Papa No & Alledged Squished Balls 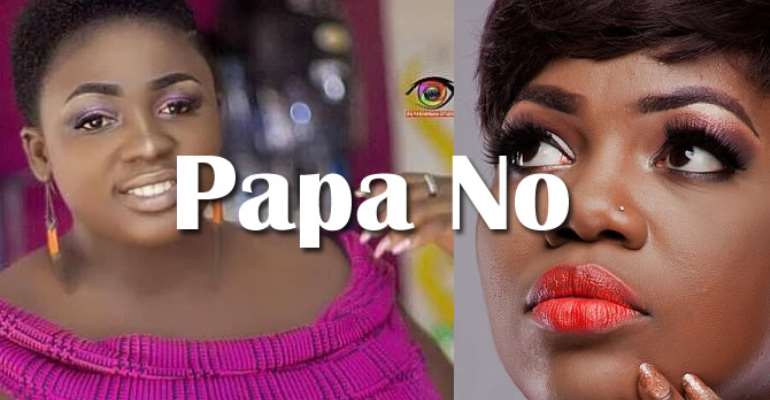 Oh dear, we're in August already!
What a city. So charming and intriguing!
It seems she's got it all. Tall buildings, fallen heroes, big balls allegedly being squished by a certain tall soldier. I thought it all happened at the Burma hall.

But no., the account has it that it took place at one of GTFC s gate. And now there are fainted turkeys, boozed guinea fowls, convulsed chickens as dead goats being mauled by avarice vultures.

How'd we get here, do you've any clue?
Sounds like a fairytale. Isn't it?
Wait, you haven't seen or heard anything yet. What?

You heard me right. Mr. Boom will soon come out with his book. And oh, let me remind you: I'm not a political beast. I'm a satirist. I'm a messenger of hope but my message stings.

I learned one particular storyteller defied conventional wisdom. His name is Ahwoi Why? How could he forget that the Umbrella is in Siberia and she'd need the strength of Hercules to take down the incumbent?

How quickly did he forget that this is a campaign season, thus storytellers must take into account timing and decorum?

Well, this is why I'm a satirist. I don't wish or seek the downfall of the players but I get thrilled when the clowns fail to figure out how to navigate their way through the rough political terrain. So far, things don't look good for the Umbrella and its flagbearer.

It's been messy and so complicated. Terribly awful. Awfully insane. I've been monitoring events back home since Prof. Ahwoi released his book: "WorkingWithRawlings". Great read I've heard many say. But I think it's hurting the party-- causing it to bleed badly from that wound.

I was chanced to listen to the likes of Sammy, Felix and Charles. How hard they tried to retrofit the damage already caused by Ahwoi. In fact, they did their best, i should point out, but the first cut is deeper than the remedy applied

Where are we now?
We just drove past Ahoy-- the city next to Papa no.

Did that tickle you? Papa no, is a quintessential town tucked deep in a lush vegetation. The phrase started off at the domain of social media and ambled its way into the floor of Parliament. Call it--romance gone bad.

The girls are talking. Political spinners are spinning and the strategists are relentlessly strategising.

What more, Koo Pong's comment fell flat on the floor of the august house like broken wings of a jetliner.

His reference to John Jinapor ( fmr. deputy energy minister) as Papa no, triggered hysterical laughter on the majority side. But the Minority side took offence.

And i think his comment was unparliamentary. Kojo has since retracted the Papa no remark. It's understood pressure from the NDC Minority compelled him to do so. They'd warned that he'd lose his respect from them. I hope members would now allow the sleeping dogs to lie. Thus far, if I'm not mistaken, this has been one of the most adventurous odysseys I've ever undertaken.

The fall-out
On Monday Former President Jerry John Rawlings said the contents of Prof Ahwoi's book is a deliberate attempt to preempt explosive revelations in an upcoming book.

He has suggested that his former appointee published his now-popular book "Working with Rawlings" to preempt the secrets that will be exposed in his (Rawlings') book, "The Triumph of Evil."

"People like him [Prof Ahwoi] do not expect the NPP to let go of 2020, so they are hoping to utilise the opportunity of a loss, to damage Rawlings with some vicious, manufactured stuff," former President Rawlings wrote on his Twitter handle.

Prof. Ahwoi held various ministerial portfolios in the Rawlings administrations. However, some of the surprising revelations in Prof Ahwoi’s book, according to former President Rawlings, are false and aimed precisely damage his image.

Some critics of "Working with Rawlings" have also said the publication of the book is badly timed and may hurt the chances of the opposition National Democratic Congress (NDC) in the upcoming December presidential and parliamentary polls against the governing New Patriotic Party (NPP).

Does Mr Rawlings agree with these critics? No.
The former president thinks otherwise.
He says: “There is nothing ill-timed about Kwamena Ahwoi serving dankwansere soup at this time. He needed to knock down Rawlings to preempt the exposure that Rawlings's book, "The Triumph Of Evil" promises to reveal about some of them. People like him do not expect the NPP to let go of 2020, so they are hoping to utilise the opportunity of a loss, to damage Rawlings with some vicious, manufactured stuff. Their cunning calculation is that Mahama and his running mate will step aside after 2020 while they consolidate their control over the party and provide their own flag-bearer and running mate for 2024," he wrote.