Youth Development : The Truth and Reality, NDC and NPP Testimonies 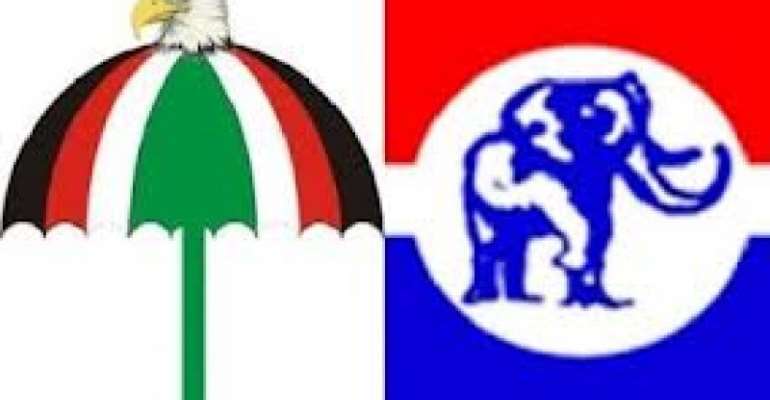 The actors of both parties have demonstrated propriety of this profound knowledge. This has been significant to all players of politics and power, especially in Africa. Young people have also been the most complex group to make provisions for by power brokers. The strategic position young people hold – unfortunately, a position most of them are oblivious of – forces politicians to devise all means necessary to earn the sympathy of this group. Politicians in Ghana have accepted this fate since the dawn of our independence.

Fast forward to the Fourth Republic, the NDC and the NPP have demonstrated outmost dedication to capitalize on the teeming numbers of the youth. History recounts several instances where folks of both parties have robustly challenged the other to establish any evidence, if any, of their contributions to youth development in Ghana.

Over the years both political parties have positioned themselves to be the best alternative, not only in good governance and economic development but in respect to providing the best opportunities for young people to advance their potentials. Heated debates have always ensued between the two on their respective policies and programs.

What am I saying?

This article does not seek to compare the arguments or policies of both parties but peruse the claims and projections of either against the state of the youth in the country.

Another time has come

Election 2020, the eighth general elections in the Fourth Republic, is fast approaching. Tensions have heightened with the voter registration exercise. The lines have been drawn as both parties have their tickets ready, but most importantly, the focus of this article is the season of testimonies and promises which has beckoned.

The International Youth Day presented the right platform for both parties to project their prowess and records of promoting youth development. But the question remains that to what extent do these tantrums and self-appraisal of the NDC and the NPP satisfy the reality and parameters of the requirements for a condition of youth that affords politicians that luxury to boast of any achievements.

A very important criterion for any assessment of the state of the youth in the country should foremost consider the level of participation in the decision making processes in Ghana. The winner-takes-all system that is run in the country not only excludes the recognized minority from policy making but extends to the level at which young people are considered in any decision making. This is more relevant with policies that affect them directly. For example, the reforms with SHS education in the country, basic education curricula designs, and tertiary education programme designs, at no point have the population these decisions directly affect been involved in the making. COVID-19 pandemic revealed the lapses and the consequences of such a system.

Even though a number of reasons can be explained to this phenomenon but it’s necessary to skip them so we can place focus on how to address and make amends. There should be a meaningful quota of young people at all levels of government. Young people should be seen at the table of decision making. For all the years that the NDC and the NPP have determined political direction and policies in the country, what have either done to improve the situation?

How much of these figures reflect the reality of the state of young people in the country? Why does each political party undermine the effort of the other in promoting youth development? It is right to explain that for political points but we may be privy to a more worrisome truth if adequate introspection is carried out by citizens on the reality of the variety of youth programs and policies initiated and implemented by respective governments of the NDC and the NPP.

A befitting benchmark to measure the essence of the abundance of programs and figures projected by the two parties for youth development should be effective but more importantly, sustainability.

What happened with LESDEP, SADA/GYEEDA, FASDEP II or more recently DSIP, YES that the NDC boasts of? Where will Planting for Food and Jobs, NABCO and NEIP be should power changes hands come January 2021?

The questions may seem trivial but that is the reality of the programs directed for youth development in this country – a lack of sustainability. Does this grant any justification to hold the opinion that most of the projects the NDC and the NPP implement are only targeted at suppressing the agitations and demands of the youth by creating short-sighted relief programs?

State of the youth

As a young man who just completed the university, my work life is full of uncertainties – one example in thousands of graduates across the country. Young men and women who are just ending their national service are in more precarious dilemma and frustration. I wish there were the exact figures to project the anxiety and uncertainty of a majority of young people in this country.

Across the country, less privileged children lack access to any form of quality education. Less privileged young people who are unemployed and have no hope of securing any meaningful jobs.

Teeming numbers of young people whose potentials have been left to rot because the school system does not recognize and support them. Young men and women who lack any form of necessary support to pursue any individual economic endeavours. On top of it, a political design that tickles their expectations with unsustainable projects.

In reality, the figures of the NDC and the NPP may represent the truth of their office reports, but the state of the youth in Ghana is far blurring for any of the parties to tag itself as one that addresses the challenges of the youth.

Young people should be able to scrutinize the policies and programs of the NDC and the NPP that are aimed directly at developing their potential. This will equip them with the necessary information to hold political parties accountable for the promises and decisions they make.

Post-2020 and the new world presents opportunity for countries to make structural adjustments to national systems. Ghanaian leaders should take the bold step to review government systems to create space for young people to take part in policy and decision making especially in matters that affect them directly.

The NDC and the NPP will control GHANA’S direction as it has done so far in the Fourth Republic, as such both parties should endeavor to create youth development programs that are sustainable and complement one another. This will ensure effectiveness in efforts to promote youth development.

There be shift from the conversation of figures to the action of the effective implementation of visionary programs that will stand the test of times and regimes. But most importantly, an appreciation of the strategic position of the youth by young people themselves, and a common genuine determination to make progress by focusing on satisfying the aspirations of the youth.

Latest Photo Reports
Catch up with all the political quotes from our politicians.
Advertise here
More Article
ModernGhana Links
How big is the Islamist threat in Mozambique? And why are Rwandan troops there?
Morocco’s political future in the midst of Algerian aggression
Ghana’s Population Policy: A Review
Ghana’s Prospects Of Demographic Dividend
Civil Registration System In Ghana: Coverage And Data Quality, Challenges And Recommendations
Tragedy of Education in Liberia: The case of the University of Liberia (UL,)
Hon. Haruna Iddrisu, The Antidotes Of NDC Success In Northern Region
My Perspective On What Is A Coup, Why A Coup, When Coup Is A Coup & How To Prevent It
Rewarding academic achievement in schools creates barriers: a South African perspective
TOP STORIES