Akyem-Abuakwa Traditional Council Should Leave Matters to MoE and GES 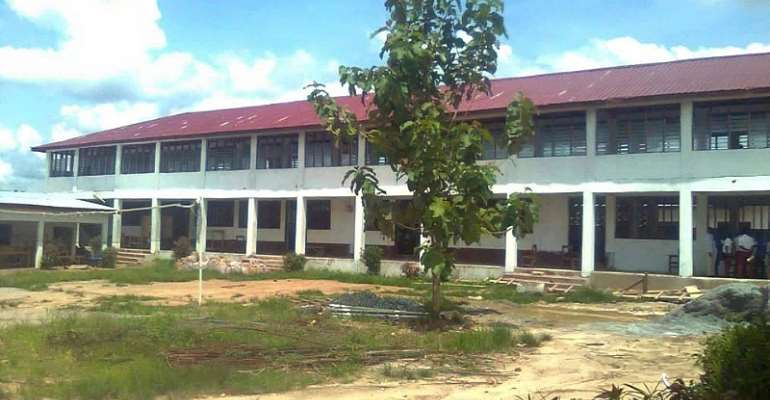 No one can begrudge the right of the membership of the Akyem-Abuakwa Traditional Council (AATC) to vehemently decry the sort of violent examination malpractice that allegedly occurred at the Kukurantumi-based Bright Senior High School recently. In the aforesaid incident, an official of the West African Examinations Council (WAEC) by the name of Mr. Gyan Mensah was reportedly assaulted by some final-year students at the school who considered Mr. Gyan Mensah to be an impediment to their ability to cheat their way through their West African Senior School Certification Examination (WASSCE), their exit examination and ticket to the prized acquisition of tertiary education, at either one of the public or private universities in the country, or one of the specialist-oriented colleges and vocational institutes in the country (See “Okyenhene Wants Bright SHS Closed Down Over Exams Fraud” Modernghana.com 8/10/20).

Well, the subject of discussion here is the decision and call by the full membership of the Okyeman Traditional Council, presumably, on both the Minister of Education (MoE), Dr. Matthew Opoku-Prempeh, and the Director-General of the Ghana Education Service (GES), Prof. Kwasi Opoku-Amankwa, to immediately and summarily cause the closure of the privately-owned Bright Senior High School (BSHS). The Council’s membership, led by The Okyenhene, Osagyefo Amoatia Ofori-Panyin, II, is also calling for the arrest and prosecution of the proprietor of the school, Mr. Bright Amponsah. This is rather late a call and a demand, in view of the fact that the letter signed by the State Secretary or Secretary-of-State of Akyem-Abuakwa, Mr. D. M. Ofori-Atta, clearly and disturbingly notes that this incidence of examination malpractice is a well-established occurrence that has been in existence and operation since the inception of the school, we are clearly informed. We are also “reliably” informed about an established unsavory subculture of the sexual exploitation of many of the students enrolled at the school, presumably female students at the Bright School, for the most part.

The questions that any responsible adult-Ghanaian citizen is immediately confronted with here regards why the leaders of the Akyem-Abuakwa State waited for 10 years before coming to the definitive conclusion that the Bright Senior High School needed to be promptly shuttered or closed down. One gets the wistful impression that the crimes for which the Bright Senior High School is being ordered to be closed down may, at the worst, be significantly exaggerated. In other words, there very well may be other reasons behind the Okyenhene’s order for the Bright School to be closed down besides the three grievances delineated in the petition signed by Mr. Ofori-Atta, the State-Secretary of the Akyem-Abuakwa Traditional Council. It is also rather strange that sexual exploitation, a Class-A Felony, is listed as one of the three major reasons for which the Bright School ought to be immediately shut down, although the Council membership clearly acknowledges that it has absolutely no forensic or concrete evidence to back up its accusation at this time.

This is inexcusably strange for a school that, we are informed, has been operating for at least 10 years. Even more disturbing is the fact that graduates of the Bright School, we are told, have only a 10-percent chance of successfully graduating from any of our public universities, since approximately 90-percent of these students routinely drop out. Now, such statistical figures would have been more meaningful if Council Members had also provided the GES and MoE with reliable figures indicating the percentage of high school graduates in the Kingdom of Akyem-Abuakwa, in general, who successfully make it through the country’s tertiary academies. Only the proverbial Heavens know that Ghana and Ghanaians cannot be accused of having too many Senior High Schools in the country. Neither can the high schools that we presently have could, all of them, be said to be operating at the qualitative levels where they need or ought to be.

At the end of the day, even as one savvy commentator noted, what needs to be done is for our traditional rulers and elders to respectively leave matters for our education specialists and law-enforcement agents to tackle them with the requisite professional expertise. Merely moving these students to other schools will not necessarily solve the problem, because examination malpractice is not a scattered or an isolated incident. Indeed, it has increasingly become more of the standard practice or the tradition than the exception over the decades. What we need presently is a more creative and innovative approach to dealing with this crucial problem, not a kneejerk or the sort of facile and angry approach taken by the Akyem-Abuakwa Traditional Council.