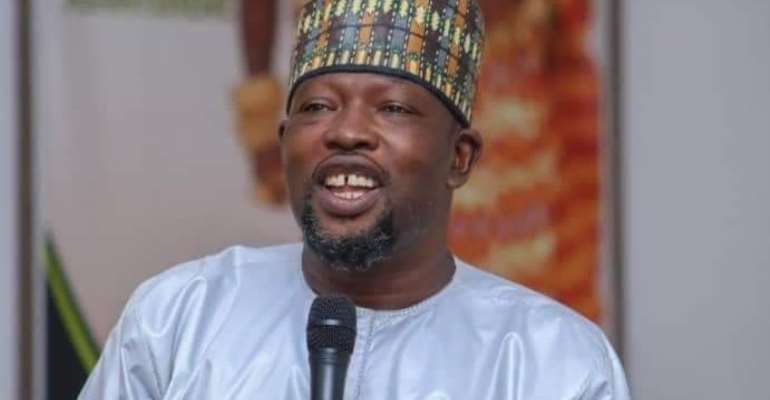 The Nasara Coordinator for the governing New Patriotic Party (NPP), Abdul-Aziz Haruna Futa has described as false, claims by members of the National Democratic Congress (NDC) that his outfit is collecting data of perceived NDC members to be expunged from the newly compiled voters’ register.

He said he is disappointed that the party would make such claims as it is impossible for him to orchestrate an expulsion of people's names from the register.

Speaking on Eyewitness News on Monday, August 17, 2020, Haruna Futa said the exercise they embarked on in the various Zongo communities was only to assist the party to effectively target Zongo communities and campaign for the party ahead of the 2020 polls.

“This is a lie and I'm very disappointed in Sofo Azorka and his NPP. How can I do that? Do I have the power to do that? Even the power of the republic has no power over the EC how much more me a Nasara Coordinator of the NPP? There is no way, and they [NDC] are aware,” Haruna Futa said.

His comment comes on the back of a viral video that saw NDC Vice Chairman, Chief Sofo Azorka making claims that the NPP Nasara Wing is roaming around communities in the Savannah Region collecting data from residents into a book with the aim of deleting the names of perceived NDC supporters from the new voters register in the region.

“If you see anybody in your community holding this book going around writing our people’s names, don’t let him go free, finish him,” Chief Sofo Azorka is heard in the video saying.

According to Haruna Futa, the party has filed a complaint at the regional police command because they deem Alhaji Azorka's comments to be death threats on party members.

“I find it to be a threatening word. We take a serious view of it. I am sending a strong word to the NDC and Sofo Azorka and his people. We have reported this case to the Regional Police Command in the Savannah Region and I'm expecting them to take it seriously. While we follow the laws of Ghana, nobody can take the law into their own hands,” he said on Eyewitness News explaining that a member of the party has already been beaten and his mobile phone and money were taken from him by the NDC while collecting the data purely for the party's own use ahead of the elections.

Meanwhile, the Savannah Regional Communication Officer of the NDC, Malik Basintele has justified the comments by Chief Azorka.

According to him, they were not death threats but rather words to firmly state the party's stance not to countenance any illegality by the NPP and they will fiercely resist them.