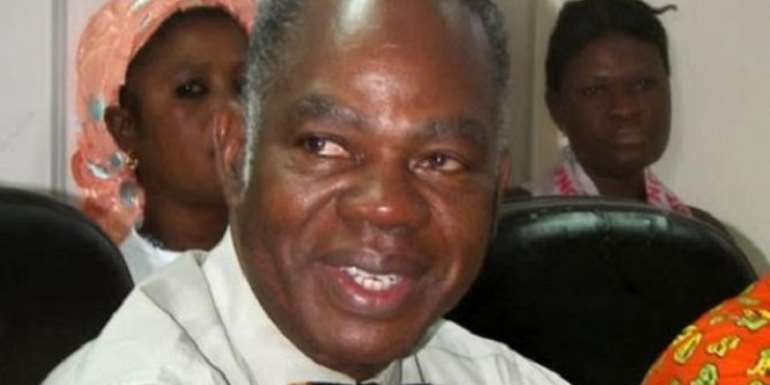 The National Youth Organizer of the People's National Convention (PNC), Awudu Ishaq has called on the leader of the party, Dr. Edward Mahama to immediately resolve all internal issues he has with the party's National Chairman and General Secretary to pave way for the holding of a national congress ahead of the 2020 general elections.

According to him, the impasse between the three leaders could mar the party's chances in the 2020 polls considering that it is currently far behind time in terms of reorganization and preparation for the polls are concerned.

Awudu Ishaq in a statement said the antics by Edward Mahama who is the former flagbearer of the party gives the indication that he is against the holding of a congress to elect National Executives and a flagbearer ahead of the general elections.

“It has therefore come to the Youth Wing as a shock that Dr Edward Mahama is somewhat against the decision by leadership of the party to hold a NEC Meeting scheduled for tomorrow Tuesday, 18th August 2020 but rather suggesting a ZOOM Conference for the meeting,” he said.

He argued that Dr. Mahama's decision to hold a Zoom conference to discuss matters concerning the party's preparations for election 2020 is not viable as a number of regional chairmen of the party are not technologically savvy to participate.

“Considering the importance and gravity of the issues to be discussed at the meeting which includes modalities for Regional Conferences and National Congress such as the opening and closing of nominations, filing fees and the venues and dates for the Conferences, we don't think that a ZOOM Conference would be able to serve the purpose. Besides, there are a number of Regional Chairmen and other NEC Members who are not technologically-savvy and do not own smart devices. In fact, the expected total NEC capacity of 43 does not break Covid-19 protocols although the President has even lifted the restriction on conferences,” he said.

He said the PNC has what it takes to meet the aspirations of the ordinary masses of Ghana hence the party's leadership must urgently resolve its issues.

Awudu Ishaq further warned that the youth wing of the party would be forced to “seek other avenues in charting a new path for the PNC and carrying along the grassroots of the party,” she's the impasse continue.

The party's National Chairman, Bernard Mornah in a statement last year to congratulate the NDC for electing a flagbearer said the party within the “shortest possible time” will elect its flagbearer for the 2020 election.

He said the PNC will embark on an internal retooling process that will lead it to elect a candidate “who will offer Ghanaians an issues-based campaign.”

LGBTQ+ Bill: You're shameful backward thinker obsessed with ...
17 minutes ago