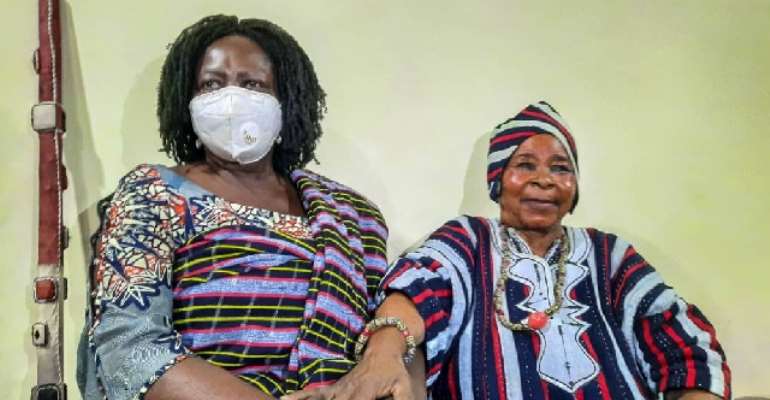 The Vice Presidential Candidate of the National Democratic Congress (NDC), Prof. Naana Opoku-Agyemang, has been eskinned as a Development Queen mother in the Samini Traditional Area of the newly-created North East Region.

Her skin name is "Ziiniaya Daana," which means “Queen of Development and Light.”

At a colourful ceremony at the Poanaa's Palace in the East Mamprusi District, as part of her tour of the region, the Traditional Authority of the community, Poanaa Ayishetu Abdulai Sheriga, conferred the chieftaincy title on the NDC running mate. Poanna Ayishatu’s elders explained that she was one of only two women who are Chiefs in the area. 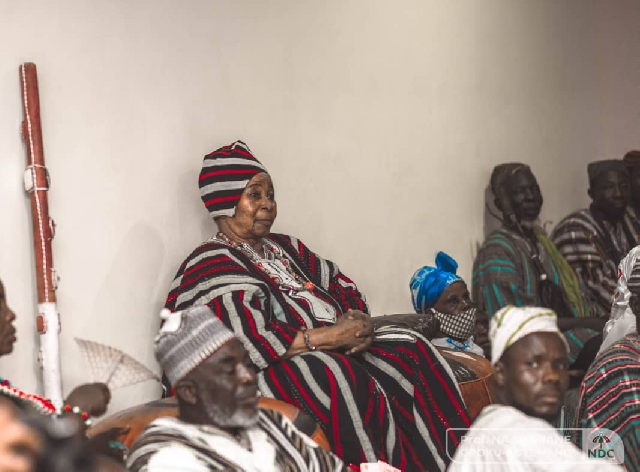 Invoking the spirits of the gods, the Poanaa prayed for victory for Prof.Opoku-Agyemang and President John Dramani Mahama in the upcoming general elections.

"Ghana is engulfed in darkness, and we are confident you and President Mahama will bring us hope,” the traditional leader remarked.

Prof. Opoku-Agyemang thanked Poanaa Ayishetu Abdulai Sheriga for her support and kind words. She stressed the NDC’s pledge to run a campaign devoid of insults, noting that the politics of violence undermined the country’s cohesion and development. 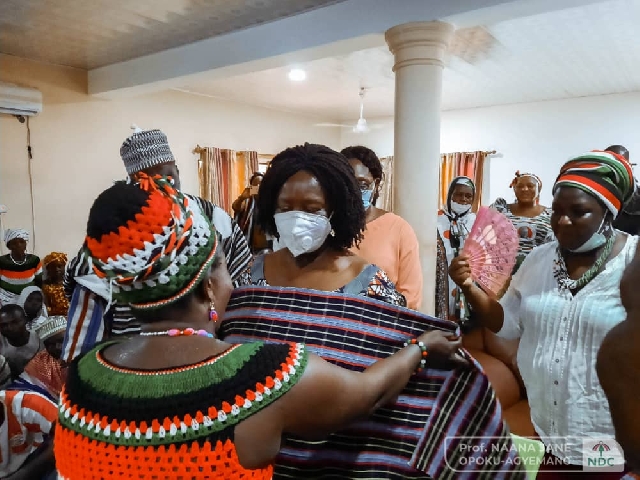 The NDC running mate will interact with chiefs, opinion leaders, community members and executives of the NDC in the Nalerigu/Gambaga, Yunyo, Bunkpurugu/Nankpanduri, Walewale constituencies during her tour of the region.

She is accompanied by Mr. Alex Segbefia, a former Minister for Health and Deputy Campaign Manager of the party for the 2020 elections, Ms. Emelia Authur, a former Deputy Western Regional Minister, and Mrs. Mawuena Trebarh, Spokesperson and Head of Communications for the running mate.