This IMANI “Tank-Thinker” Does Not Make Sense 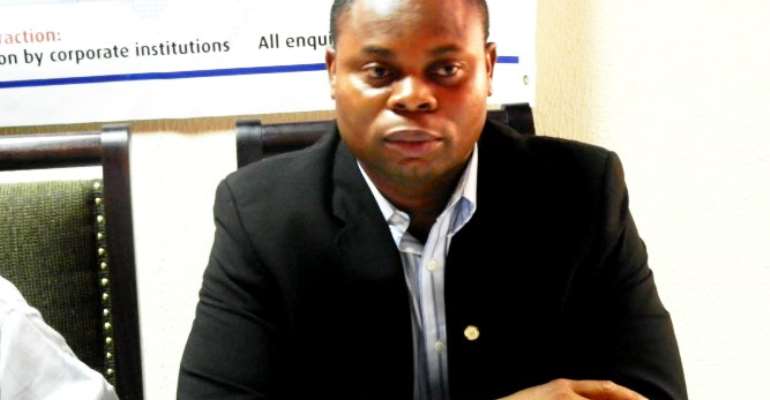 He has become completely irrelevant to the critical discourse around public-policy issues and other progressive initiatives in the country. But, of course, as it is all to be expected, the Founder and President of the IMANI-Africa Institute, Mr. Franklin Cudjoe, is too busy hustling and pimping his fourth-rate establishment for his livelihood that he does not seem to recognize the glaring fact that he is totally irrelevant to any serious national conversation on good governance in the country. His patently lame argument that the number of eligible voters who appear on the newly compiled National Biometric Voters’ Register (NBVR) is only marginally different from the old National Democratic Congress’ bloated register, clearly shows that Mr. Cudjoe does not understand the raison d’etre for the compilation of the new National Voters’ Register (See “New Voters Register Could Make NPP Lose 2020 – Franklin Cudjoe” Pulse Ghana / Ghanaweb.com 8/16/20).

Somebody needs to tell the IMANI-Africa – actually, the name of his institute ought to be renamed as IMANI-Volta or the Trokosi Nationalist Institute – “tank-thinker” that the first and foremost problem that most civically responsible Ghanaian citizens had with the old Voters’ Register regarded the national identities of a remarkable percentage of listed registrants that the Afari-Gyan-headed Electoral Commission (EC) had illegally and criminally packed onto the discarded National Voters’ Register, and not merely the number of eligible voters registered onto the same. We also have absolutely no illusion about the fact that the newly compiled NBVR may still contain some illegally registered non-Ghanaian nationals, as was widely captured by the media and our national security operatives during the just-ended voters’ registration exercise. For example, there were many incidents of the illegal bussing of some neighboring foreign nationals into the country. In one instance that occurred near the Aflao border, in southeastern Volta Region, the driver of a minivan jampacked with illegal prospective registrants jumped out of the vehicle and vanished into the surrounding bushes.

But, of course, we expected such NDC-engineered contamination of the newly compiled Voters’ Register to be significantly less than what existed with the scrapped old Voters’ Register. It is also not clear precisely what the brazen NDC ideologue and Mahama shill means, when Mr. Cudjoe makes the following inexcusably preposterous assertion: “Anytime the NPP has been in power and actually promoted the conduct of a new register, they lose the election.” He may very well have been strung high up on drugs when the Mahama foot-soldier made the foregoing statement, because the very notion that merely agitating for the compilation of a new Voters’ Register would lead to the loss of an election by the agitator/advocate or promoter of the imperative need for a new National Voters’ Register, is simply absurd. There is absolutely no logical connection between the vigorous agitation or promotion of the compilation of a new Voters’ Register and the results of an election which was absolutely in no way, manner, shape or form based on an actual compilation and usage of a newly compiled Voters’ Register.

As my 14-year-old son, Nana Kwame Okoampa-Ahoofe, III, is fond of saying, whenever a reckless taxicab driver crosses our path on the highway, “Which supermarket offered Mr. Cudjoe his clearly useless college degrees, UTC or GNTC, or perhaps Stop & Shop?” We also know that Candidate John Dramani Mahama did not really win the 2012 Presidential Election, even as Mr. Johnson Asiedu-Nketia confessed to a radio interviewer, but that Election 2012 was actually collusively rigged by Messrs. Mahama and Kwadwo Afari-Gyan and scandalously delivered on a rose-petal-gilt platter by the William Atuguba-presided panel of the Supreme Court of Ghana, precisely what does the Mahama agitprop shill mean, when Mr. Cudjoe flippantly remarks that “Anytime the NPP has been in power and actually promoted the conduct of a new register they lose the election”? In 2012, the New Patriotic Party was not in power when Messrs. Akufo-Addo, Bawumia and Obetsebi-Lamptey, late, demanded the compilation of a new National Voters’ Register. The same demand went up again in 2016, when the NPP was still smack on the margins of the political opposition. So, what is this nonsensical “abracadabra” stunt that the IMANI-Volta pooh-bah is trying to pull up here?

No other palpable reason can be given for such crass absurdity than sheer political desperation. Going into the 2020 General Election, it is the comparative performance records of the two major political parties on which Ghanaian voters and citizens will depend to decide on which of our two main contenders for the Presidency gets to govern our beloved nation for the next four years, not who agitated for or vigorously promoted the compilation of a new National Biometric Voters’ Register. It is logically as simple as that.