Volta Region Not A Preserve Of NDC; We’ll Move It From NDC's Microfinance To NPP's Commercial Bank – Sammi Awuku 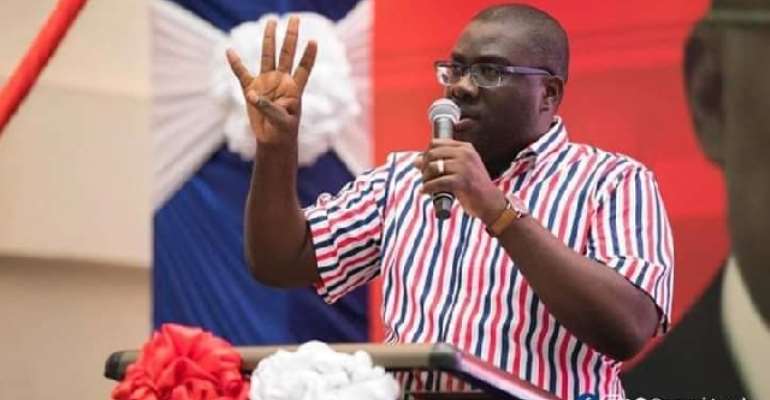 The Volta Region will no more be the “microfinance” of the governing New Patriotic Party (NPP), its National Organiser Sammi Awuku has said, indicating that the party will soon make the strongest hold of the biggest opposition party, the National Democratic Congress (NDC), its “commercial bank”.

“For us, we are also targeting that we will move from our microfinance level in this region to be a commercial bank in this region and compete”, he said while addressing party members at the launch of the NPP’s 30-member Volta regional campaign team at Ho.

“We will not accept any form of intimidation”, he said, adding: “People should come to us with ideas, the NPP will not be cowed into submission that this [Volta Region] should be an exclusive preserve of the opposition party,” Mr Awuku noted.

In February 2020, President Nana Akufo-Addo also said he was determined to make the Volta Region and Voltarians his wife.

In a riposte to a protest by Mr Kafui Agbleze, the Volta Regional Communication Officer of the opposition National Democratic Congress (NDC) about why the President and his deputy kept frequenting the region, Mr Akufo-Addo told the chiefs and people of Adaklu during one of his tours of the region that Mr Agbleze has not seen anything yet.

“I heard that the other day, the spokesperson of the National Democratic Congress in the Volta Region said that the Vice-President and myself (sic) were coming too often to the Volta Region and that we are trying to reap where we have not sown,” the President said.

“I think that the spokesperson doesn’t know about a man who is determined to marry a woman”, Nana Akufo-Addo observed, adding: “You will continue to go to the house and you go and go and go”.

For his part, the paramount chief of the Adaklu Traditional Area, Togbe Gbogbi Atsa V, assured President Akufo-Addo of the determination of the chiefs and people to maintain the prevailing peace in the area ahead of the 7 December 2020 general elections.

“We assure Your Excellency that we will continue to keep the peace prevailing in the Adaklu traditional area, especially during this election year and beyond”, Togbe Gbogbi Atsa V promised.